These Ascots Ain't Gonna Move Themselves!

Here are some in progress shots and final results of the first tramp steamer I'm building for my pulp crew. This first ship is meant to be more of a river runner, smuggling type boat. I took a lot of artistic license here and generally don't consider myself much of a model builder. 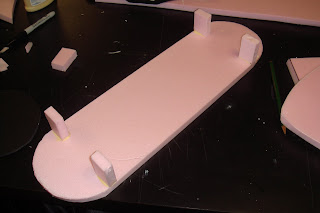 Okay so I know that boats aren't generally perfect ovals but I wanted simple. You'll see later that I ended up shaping one end to a point to give the boat a more "realistic shape". It was the front end I did that to in case you're wondering. 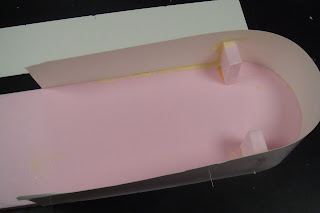 Used a pretty flimsy posterboard for the hull, but it's what I had around that I cold shape and bend. It ended up warping a bit but nothing tragic. 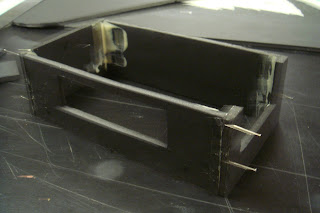 A couple bad pictures of the early stage of the bridge. 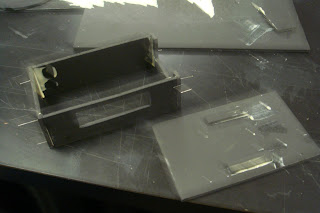 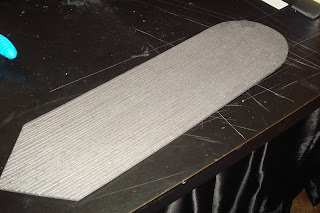 I took a piece of foamcore in the shap of the boat and peeled off the paper from one side. Then I made lines with a pen to make the texture of boards for the deck. The effect is alright. 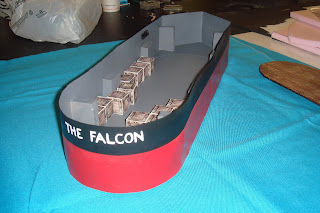 The finished cargo hold. I named the ship after one of my other favorite smuggling ships. 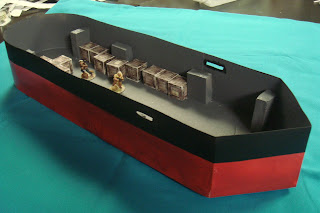 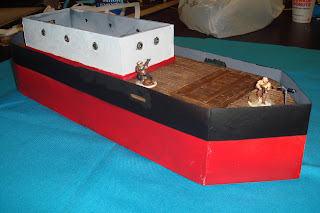 Put a Pulp Figures deck gun at the front of the ship (what do boat riding guys call the front?). I don't know if ships like this ever had guns in the front like this, but I figured if a boat was ever sailing into Cthulhu, they'd be glad for a front gun. 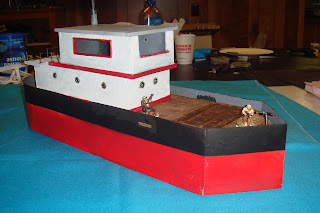 This is pretty much the boat. Meh 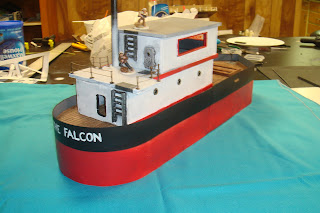 From the back (what do boat riding guys call the back?) 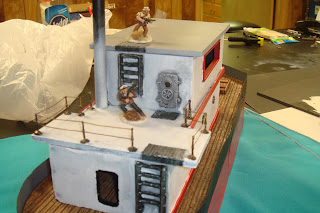 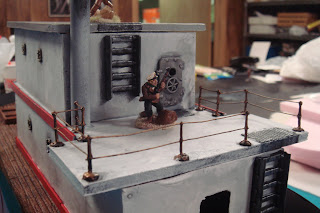 The little bits and bobs are all from Reviresco. Cool detail stuff. Probablythe only saving grace of the thing frankly. The ladders are dollar store train tracks. 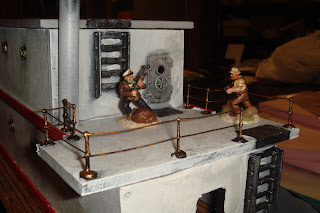 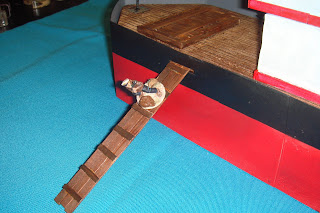 "Should I be walking off into the water like this???"
"Yeah, it's fine just keep walking"
I made a litte gangplank for the ship's crew to use when docking in exotic ports such as scenic Innsmouth and the Black Lagoon.
All in all I'm pretty pleased with the results. It's a pretty fun little piece of terrain to compliment my tramp steamer guys. The next project is a 3-4 foot long tramp steamer with several levels and areas that would act as a full terrain board for "on ship" encounters.
Posted by Mongo at 6:38 PM