Mummies Mummies Everywhere, but Not a Drop to Drink.....wait... is that how that goes? 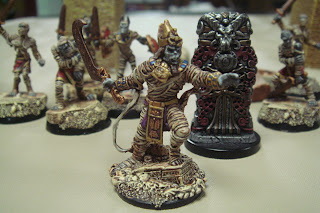 Here are the mummies as a follow-up to my mummy hunters. As I wade knee deep through this project I'm trying to remember how it started. I know I was sitting on a bunch of really cool mummies that I picked up off a guy on TMP about two years ago maybe. That's what you're looking at below. The two character mummies are Reaper minis, but I really don't know who makes the rest, they're nice though. Mummies just seemed like an area of pulp gaming that was unexplored by our little local gaming Cabal, maybe that's what drew me in. The best part is that I've been watching some mummy movies here and there trying to get geared up for this...and I don't think I even really like mummies. HA! Well I have to make a tomb now....I'm in too deep now, stupid mummies. 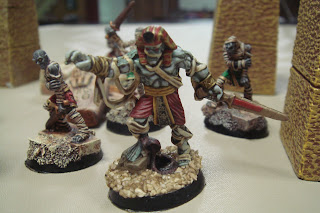 This guy is actually a Reaper model I had painted a long while ago for Supers. I went back and added some hilighting trying to make him look a bit sharper. I'm happy with how he turned out. 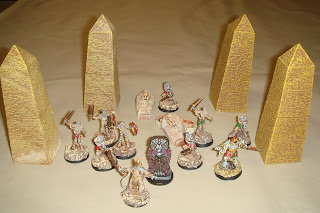 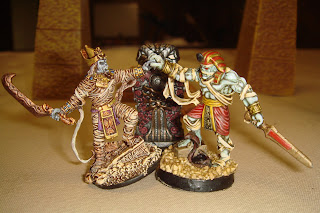 MUMMY HIGH FIVE!!!
or
Mummy Todd to Mummy Jayson:
"You're my everything" 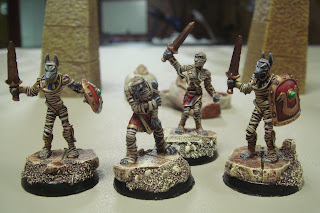 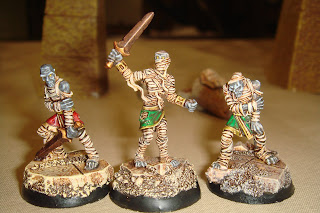 A whole bunch of random....

I got some pulp miniatures painted up for Where Heroes Dare!!! Most of these will be for a mummy's tomb table I want to put together for no real reason in particular, but there are a few other pulp odds and ends too. 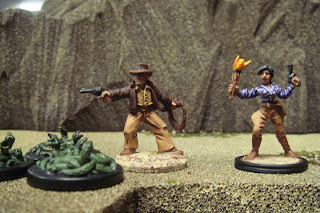 "Snakes, why did it have to be snakes?"
This is the Artizan "Not Indy" figure, but they didn't sculpt a whip onto him so this forced me to poorly sculpt my own whip...meh. The lady is part of the Blue Moon mummy set along with most of the figs in this post. 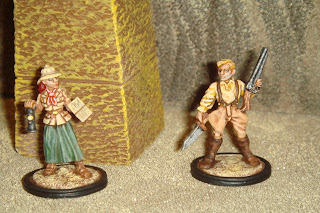 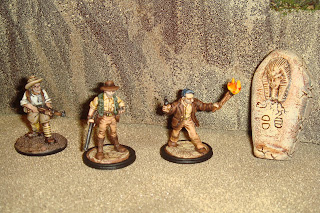 I think the guy on the far left is actually a Marine? I got him in a painting class at Historicon one year and thought he would make a good tomb explorer. I was going to paint his 'big socks' to look like rainbow leg warmers and crank up Olivia Newton John's "Let's Get Physical" everytime he hit the table, but I didn't want to get my ass kicked any more often than I have to. 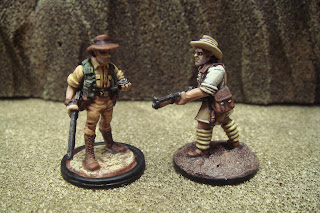 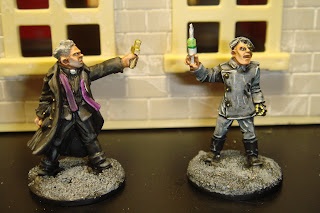 Here are the priest and Dr. Klomp figs from the Artizan line. 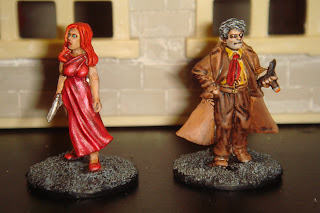 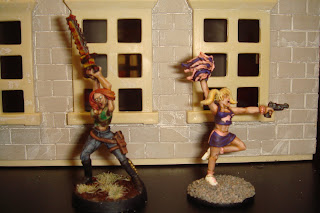 These are some Zombie Hunters I painted and dipped(very poorly) several years back. I brought them back out and added some highlights hoping to make them look a bit better. Meh. I'm going to be slowly building up a 28mm zombie collection over this year I think. We'll see how that goes.
Posted by Mongo at 5:06 PM 6 comments: