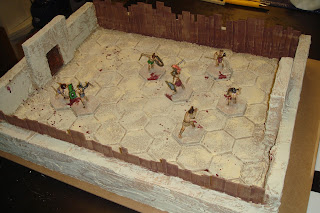 I built this little fighting pit to go along with Doc's round table fighting arena. This way we can run tournaments with multiple fights going at once. 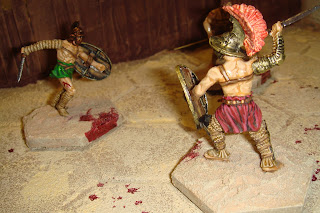 Because our fearless leader Doc, decided to standardize the hexes used in the game based on flooring tiles that he bought several years ago and that don't appear to be available anywhere in the world anymore (apparently octagonal tiles are the in thing now) I went with the closest lasercut wooden hexes for the arena floor that I could find from LITKO. The sizing isn't too bad but the wood hexes are a bit small so I had to give them a wider spacing. It'll work though. 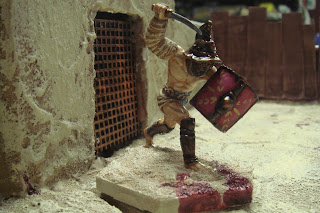 Thankfully Doc gave me a pile of the flooring hexes he had left so that I could at least base my Gladiators so that they'd all stand at the same height.... 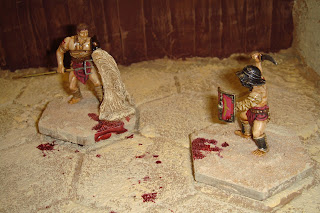 ....except for the midget gladiator, ZING! ....midgets are short. 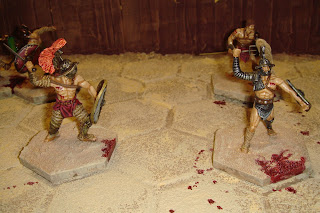 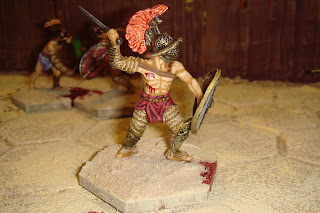 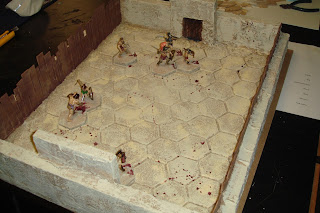 I believe Victus is coming out at the upcoming Cold Wars convention. If you don't have gladiators there are even nifty paper minis and a hex grid fighting pit in the book! SELF CONTAINMENT!!!