Long long ago in a Wafflehouse far far away...... 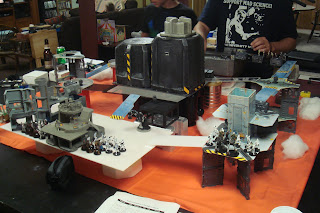 We had a playtest of "Where Copyright Infringements

Dare!!!", Doctor Merkury's rules for Star Wars like skirmish battles. Doc asked me to set up a table with lots of platforms and walkways that characters could be thrown off of. I spent two hours Thursday night setting up this Bespin inspired table using some old necromunda stuff, some Kenner toys, and scraps of plexiglass. For the record Doc spent most of the game complaining about how there was no cover on the table. There's just no pleasing some people.
We had a light side team and a dark side team with 3 players each. Each player got to wield one force user along with some troops and various supporters. Our objective was to search droids on the board until we found a Jedi Holocron and then get the Holocron to the pickup point on top of the gas storage chambers. 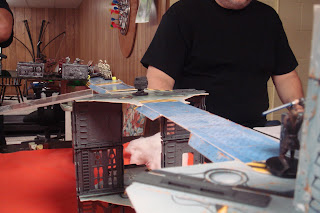 Anakin makes the first move scoping out the situation. 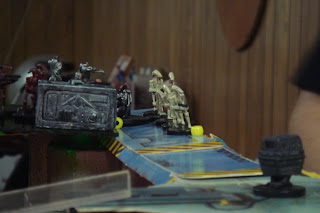 The droids move in, "Roger roger" 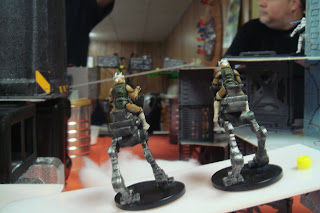 "Hey Guys! Look at these bitchin' AT-RTs we brought, they should be a ton of help!" 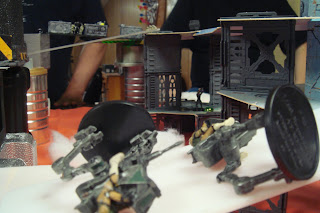 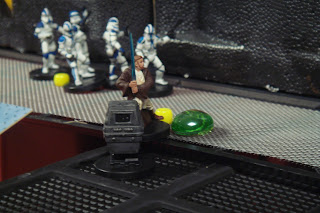 Obi-Wan inspects the first droid and finds an explosion in the distance. 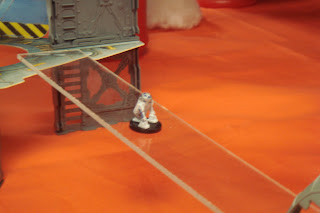 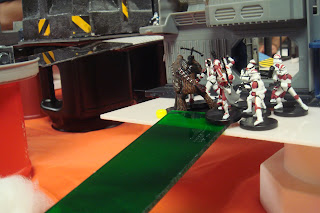 Commander Matt sends his team off to negotiate peace with the clouds. 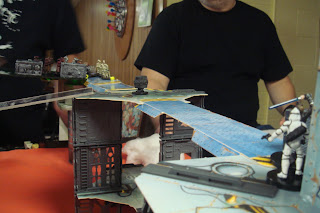 Anakin starts getting itchy to run down the "Walkway of Doom" 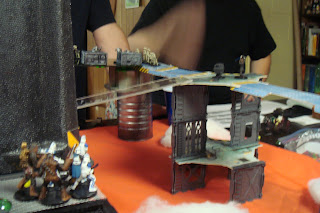 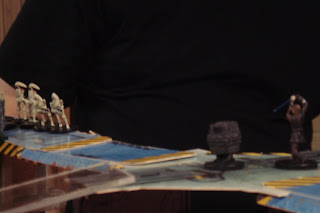 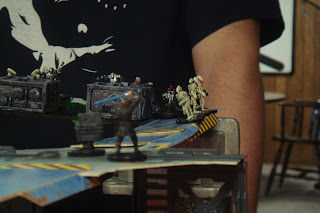 "Anakin, be mindful of your surroundings. Reach out with the force, what do you sense? Don't rush into danger. Anger is the path to the darkside. Your rage will be your......you're not even listening to me are you?" ~Obi-Wan 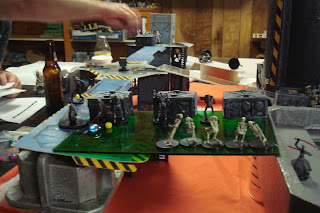 Anakin rushes over to the Trade Federation forces screaming, "I'm the chosen one, bitches!" 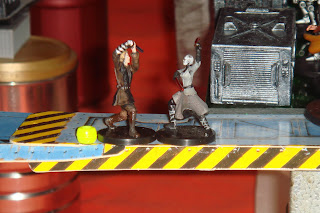 An epic lightsaber duel ensues between Anakin and Massage Temptress, "Jedi boy, Jedi boy. You give me ten dolla I give you 'Force Release" 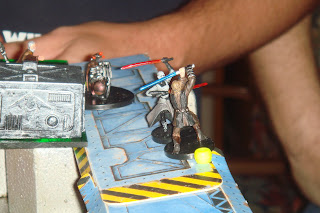 Anakin, considering the possibilities of "Force Release", is struck down, but he did manage to take a bite out of Asaaj. 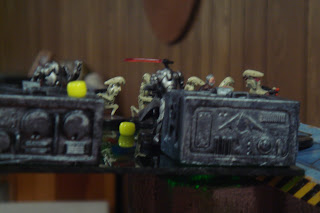 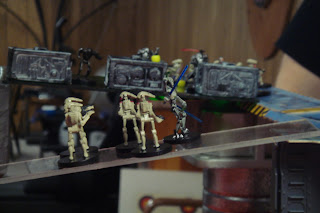 Grievous shows up out of nowhere with a squad of droids. I seriously had forgotten he was over there. This was unpleasant. 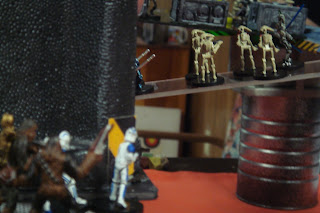 Luckily, clones and Wookies were in position and able to knock out a few of the droids. 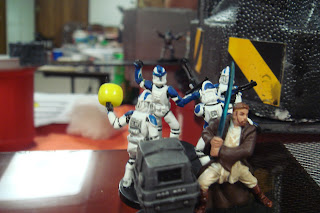 Clones fire on Jango Fett as Obi-Wan sneaks by with the Holocron in tow. 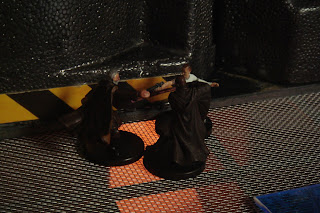 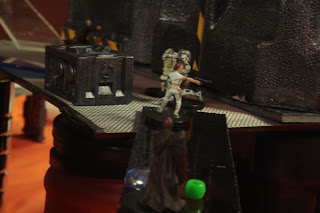 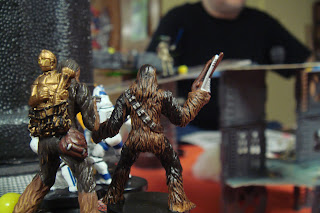 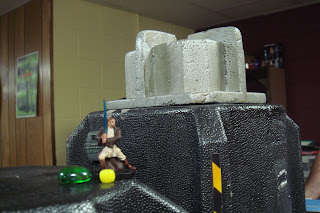 Obi-Wan force jumps up to the top of the Gas storage Tanks, the end is near. 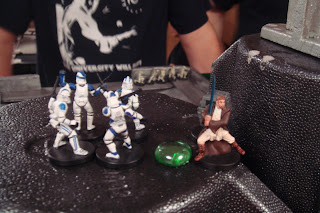 Obi-Wan's clones join him and one more force jump later the game is over.
Good times. This is the first time I've been really excited about a game in awhile. It was cool. I am really looking forward to playing again. Thanks Doc Merkury.
Posted by Mongo at 5:06 PM 2 comments:

They Call Me MR. GILLMAN!!!

Here is my Creature from 4a miniatures (I think). I need to get my tramp steamer crewman painted....and a tramp steamer built. At the rate I'm going I'm never gonna get any of that stuff done and my wife is just gonna end up putting this in her aquarium to keep the goldfish company. 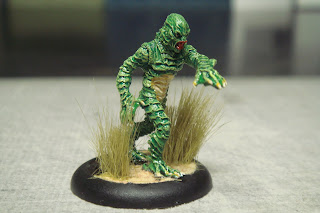 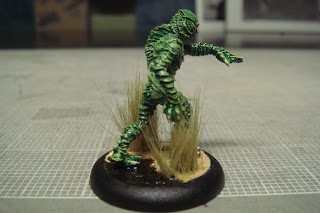 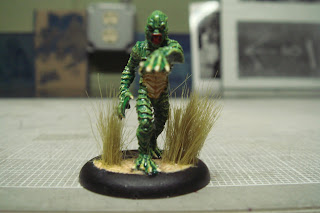