A little over a year ago or so I picked up a couple packs of these Wargames Factory plasti zombies to beef up my zombie horde on the cheap. There was a little bit of drama around that time with that company and I had feared that I would lose my chance to pick these up. 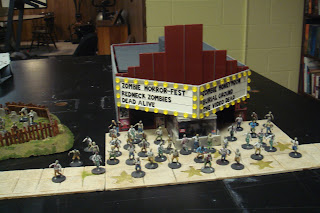 Since getting out of 15mm I pretty much had to rebuild to get an acceptable sized mob. I started painting these way back and then my painting hibernation started. So they were the first thing I wanted to get off my table when I started painting again a few weeks back. These figures are pretty serviceable, the details aren't really all that crisp, but neither are my painting skills so it's really convenient on both counts that zombies are supposed to be ugly looking. 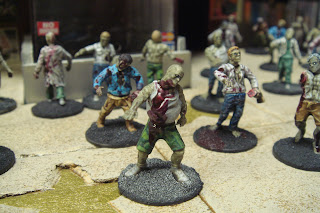 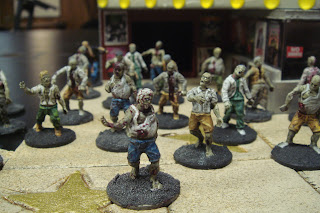 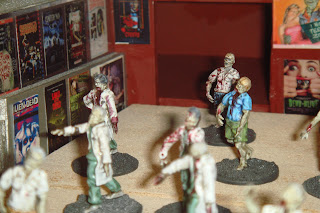 The figures are modular so your supposed to be able to create a mulitude of different combinations. In theory it's a fun idea but in practice you're choices are pretty limited so you end up with zombies walking around in hunting vests and pajama pants or a nice long sleeve dress shirt and tie with khaki cargo pants. Meh, they're zombies, they're cheap, and they do the trick. 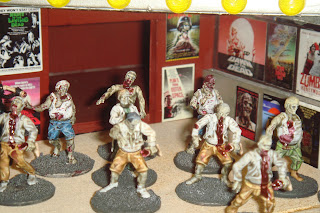 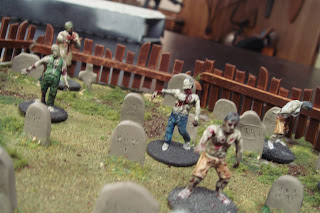 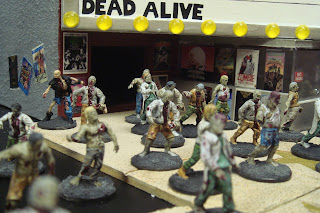 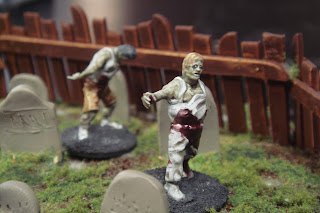