In the jungle, the mighty Jungle, the supers fight tonight!

I put together a scenario for the guys in our club to try out their new created characters in King of the Hill brawl. The rules were pretty straightforward. The players each had two characters a piece and had to get their characters to the top of the pyramid and stay there for 3 turns. Their final turn up top had to be uncontested. If you suffered knockback that knocked you of the top of the pyramid then you'd have to restart your turn count when you got back to the top. Also to add a little excitement, once the first character set foot on the pyramid this act desecrated this ancient ground causing one rock spire to fall toward the pyramid each turn potentially crushing characters. 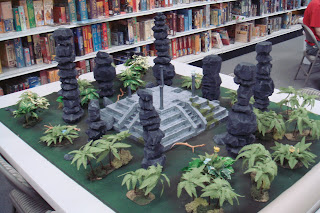 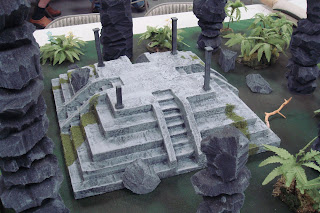 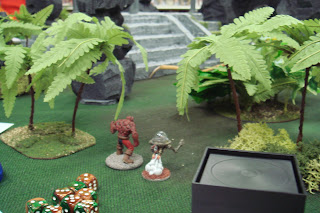 Brix and Uber Hitler(formerly known as repentant Hitler) approach the pyramid....somewhere in the distance Paula Abdul's "Opposites Attract" can be heard. 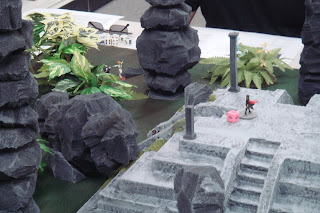 A member of the Assassin League(whatever that is) is the first to make it to the top of the pyramid. She can be heard saying "this isn't going to make me a human target is it?". In the distance Star Phantom and TESLA approach and the assassin is........ 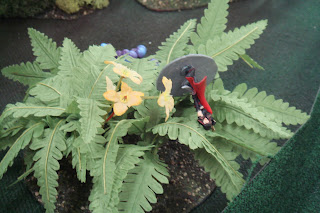 .... Immediately hurled via alternating current off the top of the temple and to the other side of the table. 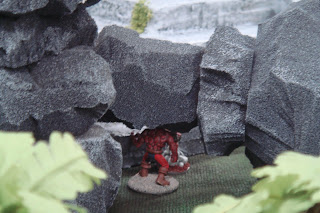 Brix and Uber Hitler are crushed hard by a stone spire, failing their Agility roll and taking damage. Somewhere a Paula Abdul record scratches to a halt. Uber Hitler is torn a new Panzer Faust-hole while Brix laughs off the damage like so many foam rocks. 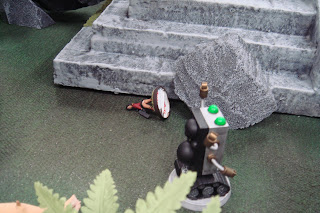 I call this "Portrait of an angry vending machine, not appeased by upskirt" 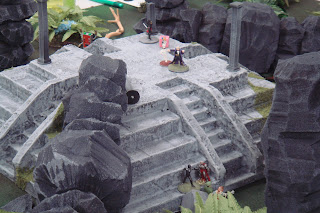 Battle ensues on the top of the temple while fighting around the base gets vicious, name calling and whining ensue amongst the players. On top of the pyramid, a finger points signaling something clearly dramatic happening. 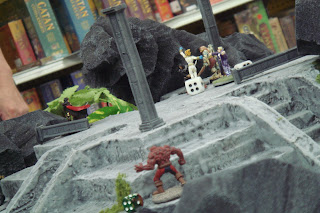 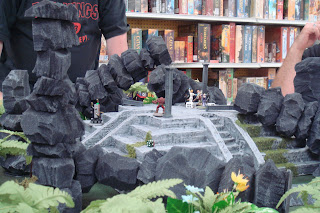 Battle at the top of the pyramid got hot and heavy as our friendly local game store, Six Feet Under Games, was about to close. Players fought to a stalemate and according to the rules in case of a stalemate the winner shall be...... 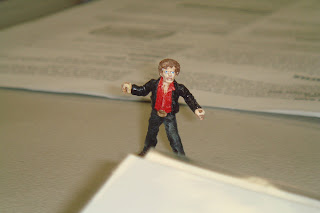 David Hasslehoff. Because even Super Heroes know that you don't hassle the Hoff.
Posted by Mongo at 6:36 PM