1st Play Through of Zombicide...We got beat so bad it felt like we were the Jackson kids.

My buddy Elmer came down Friday to get in one last game day before our babies arrive (both due in early July) and the first thing we fired up was Zombicide. I've been working so hard trying to get the figures painted up that it was fun finally getting them to the table. 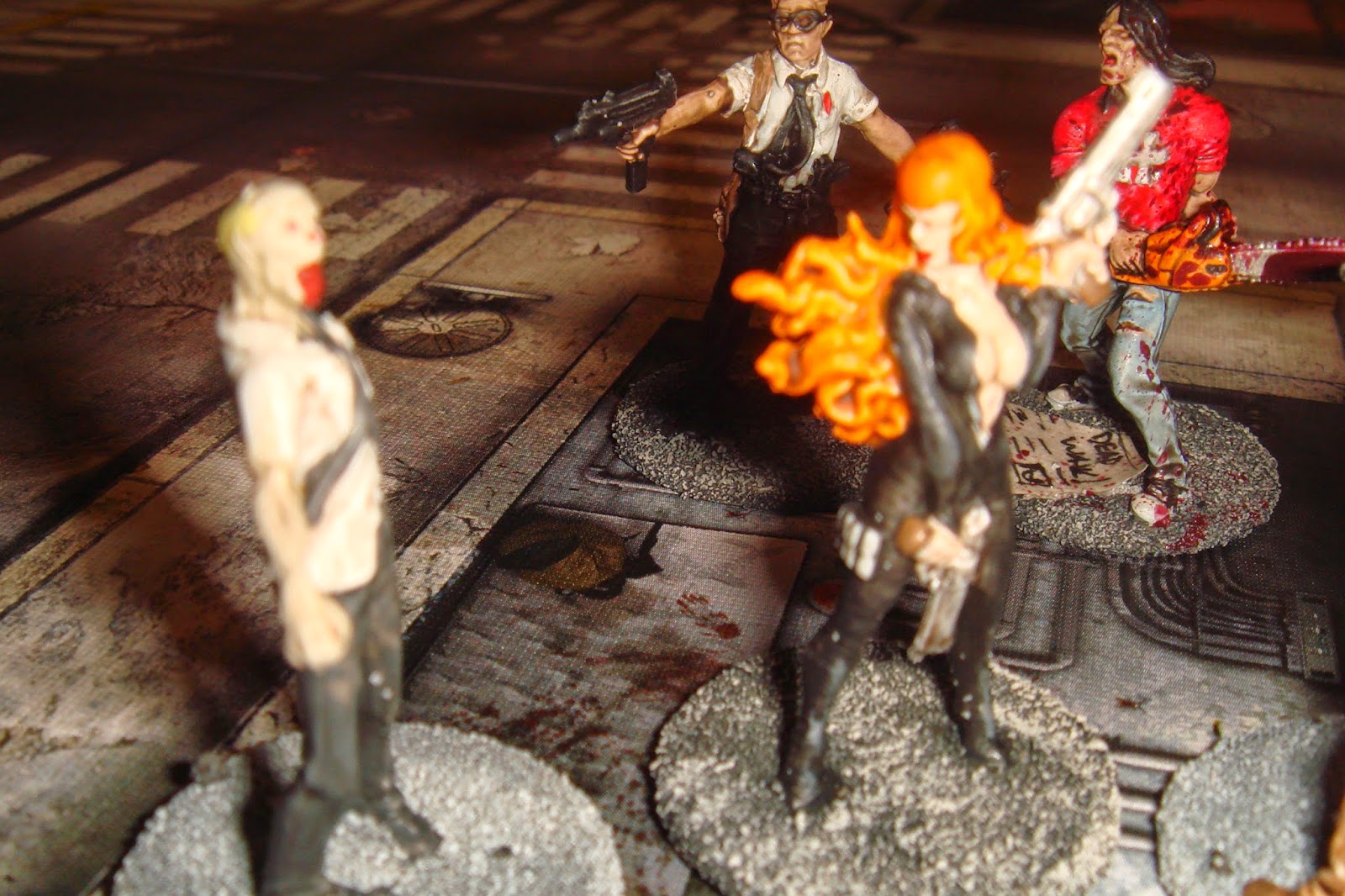 The first thing I do with Molotov Cocktease is search our hideout and of course I draw the card that causes you to find a zombie in a pile of rubble. So right inside our "Safehouse" there was a zed hiding under a pile of rags or something. Good stuff. 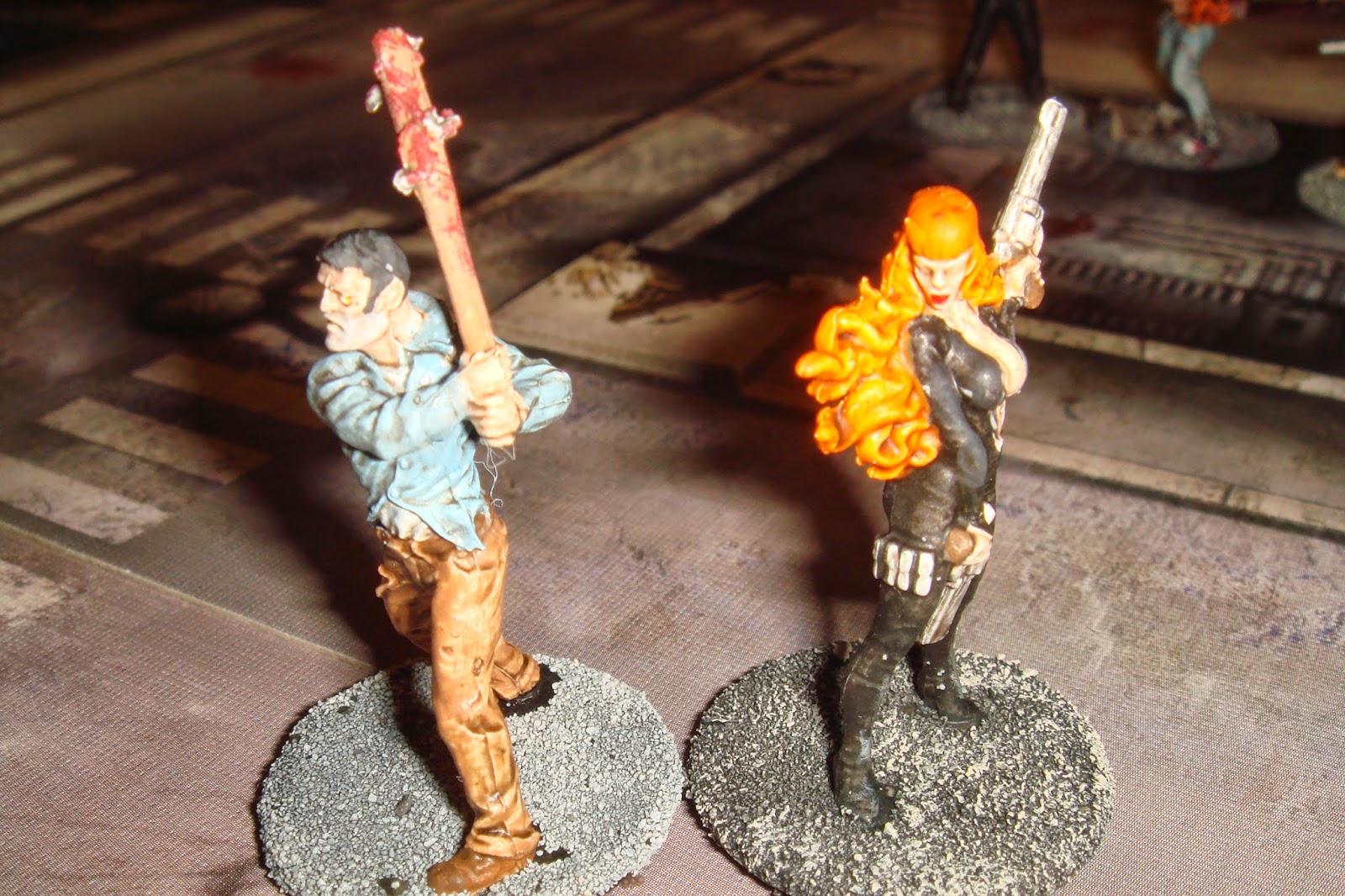 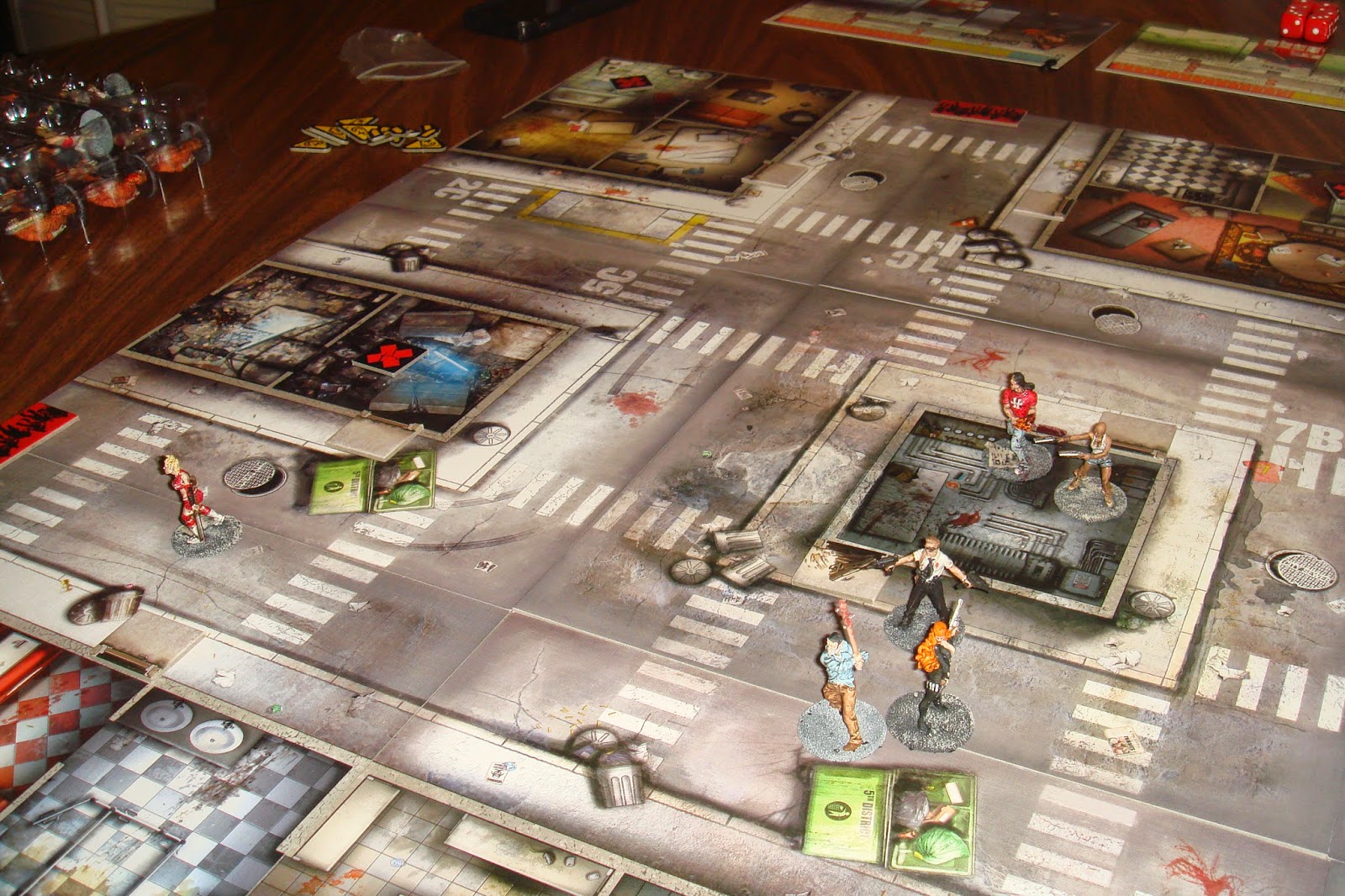 The team starts to make its way out of the safehouse. 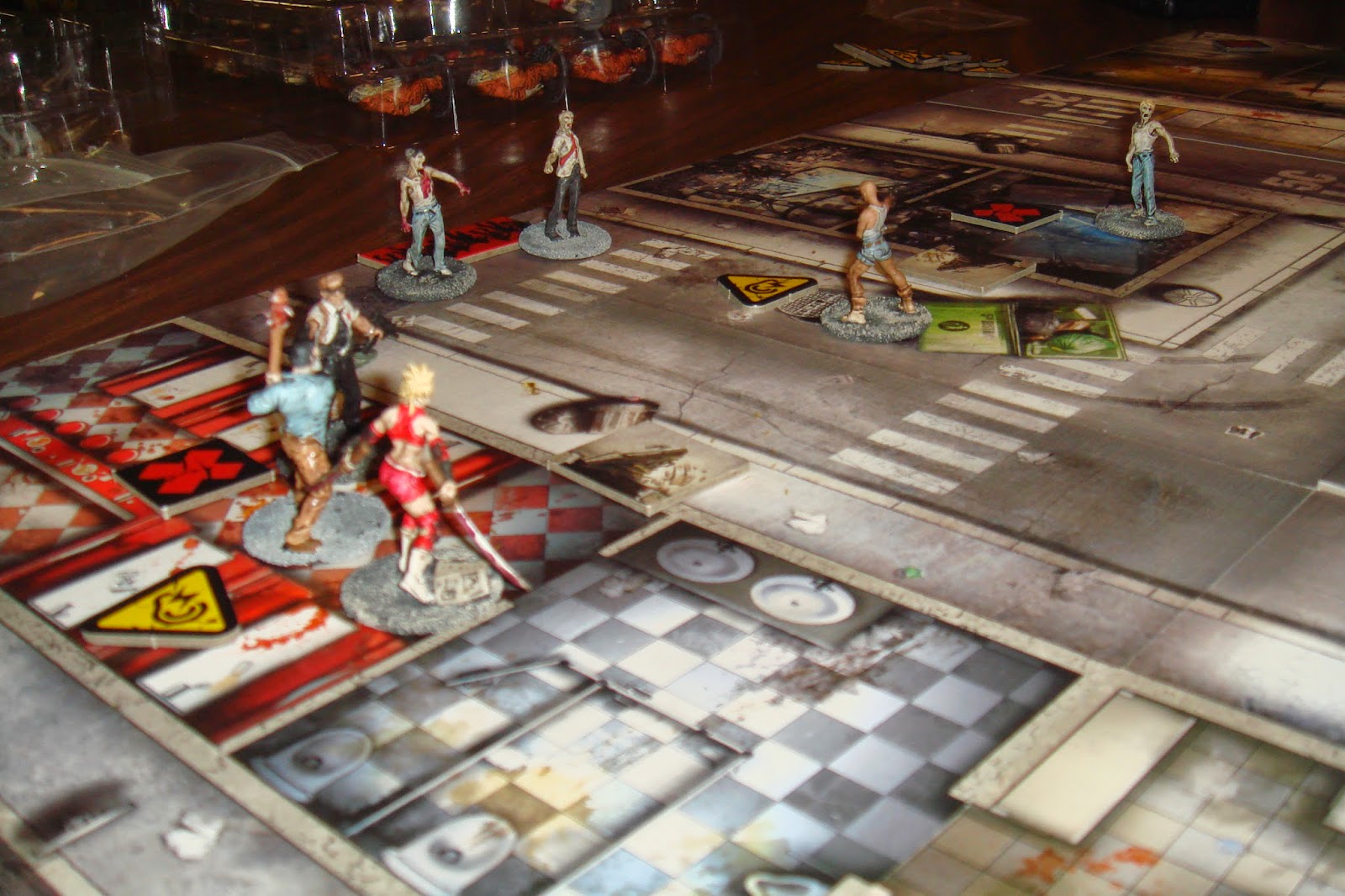 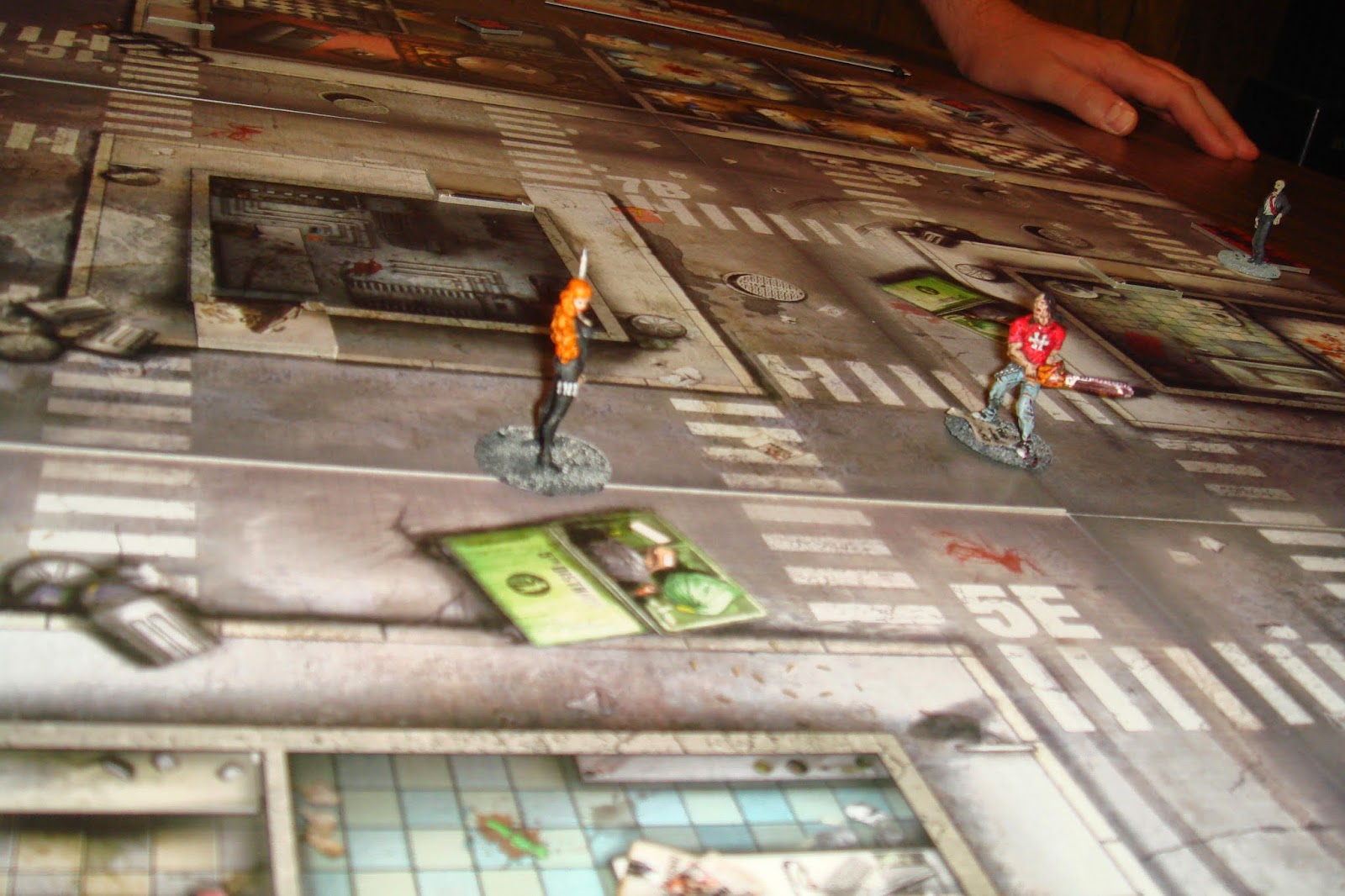 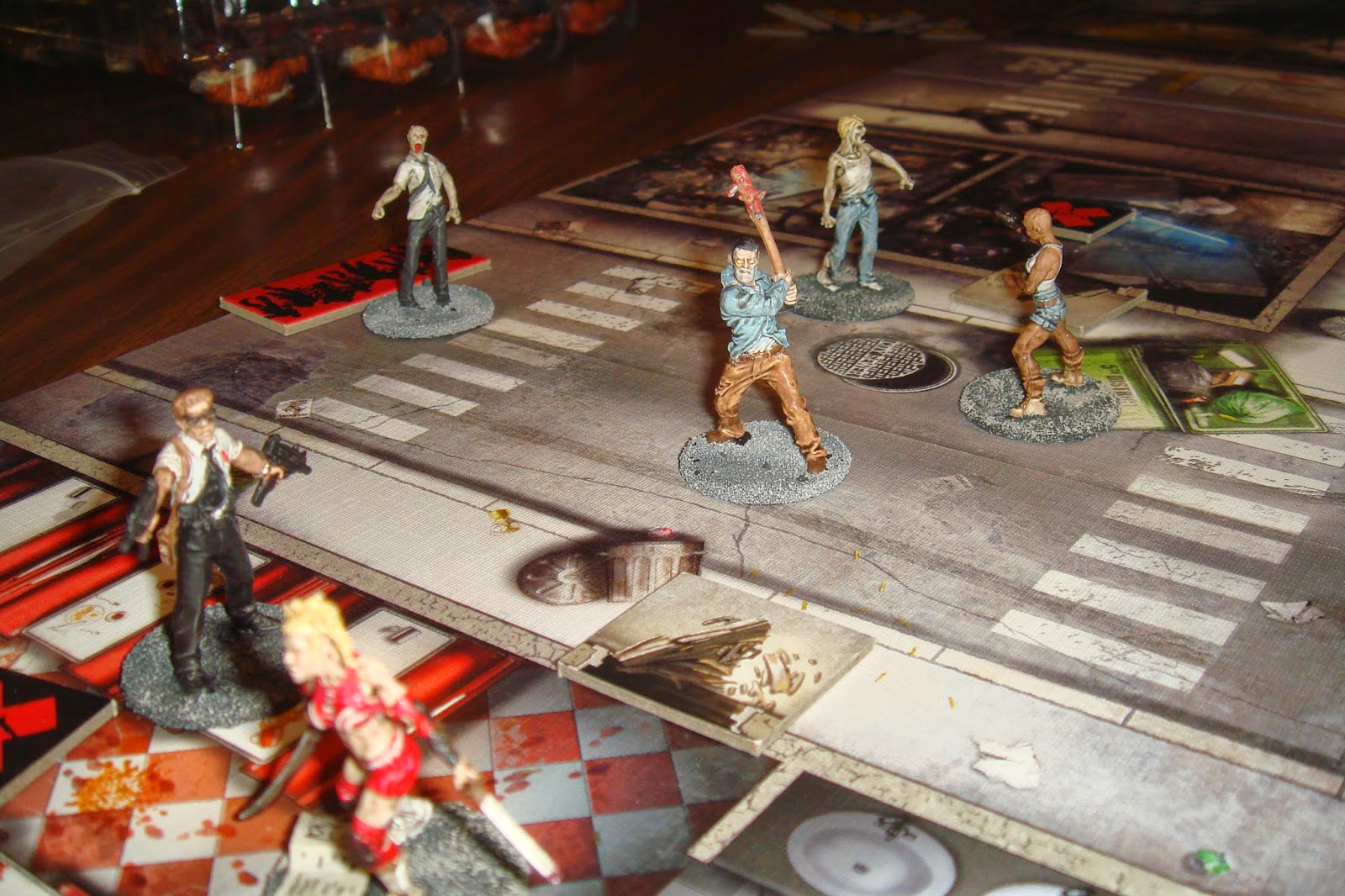 We were off to a pretty decent start, spreading out, finding objective tokens, killing zeds and then... 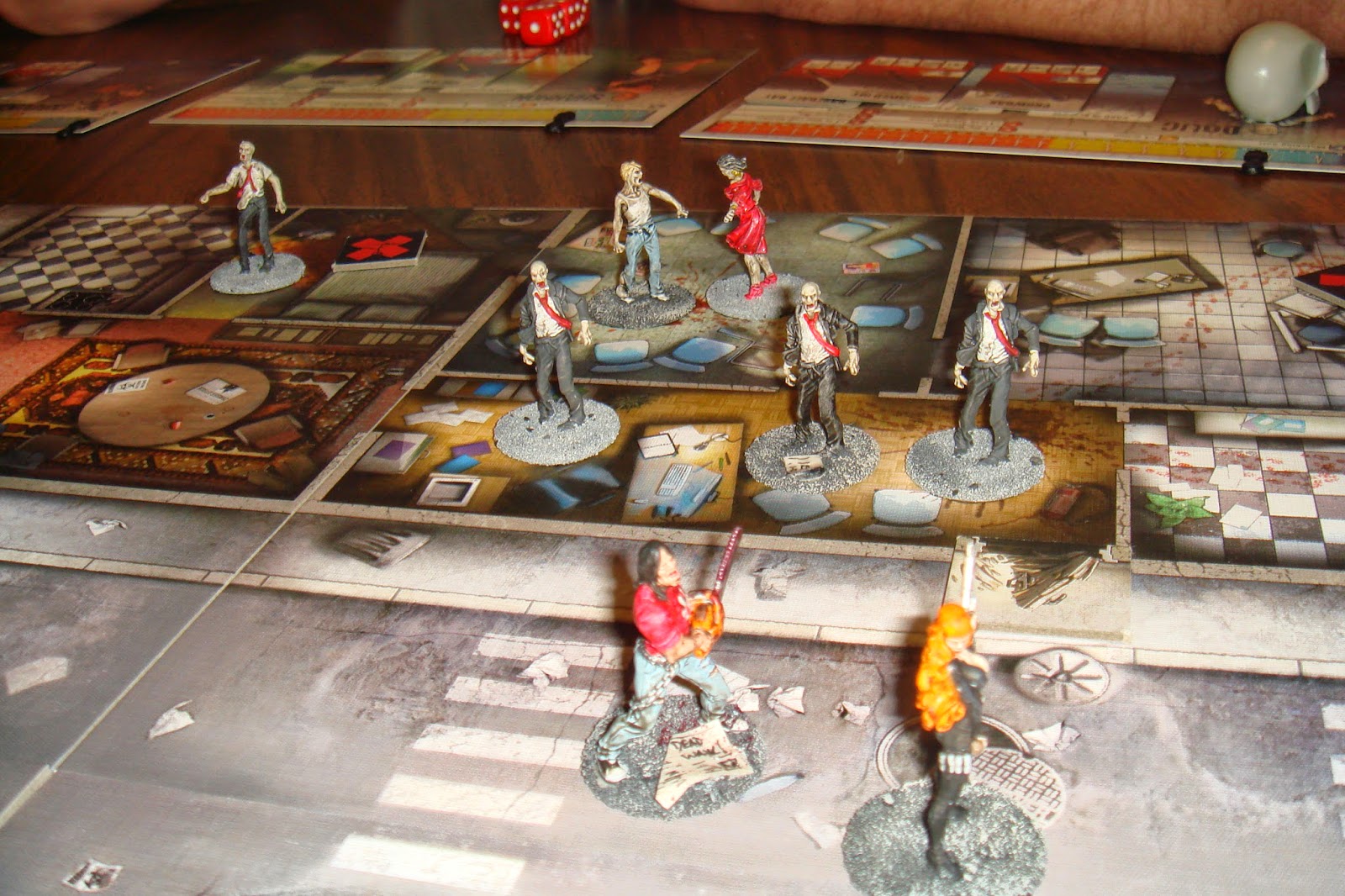 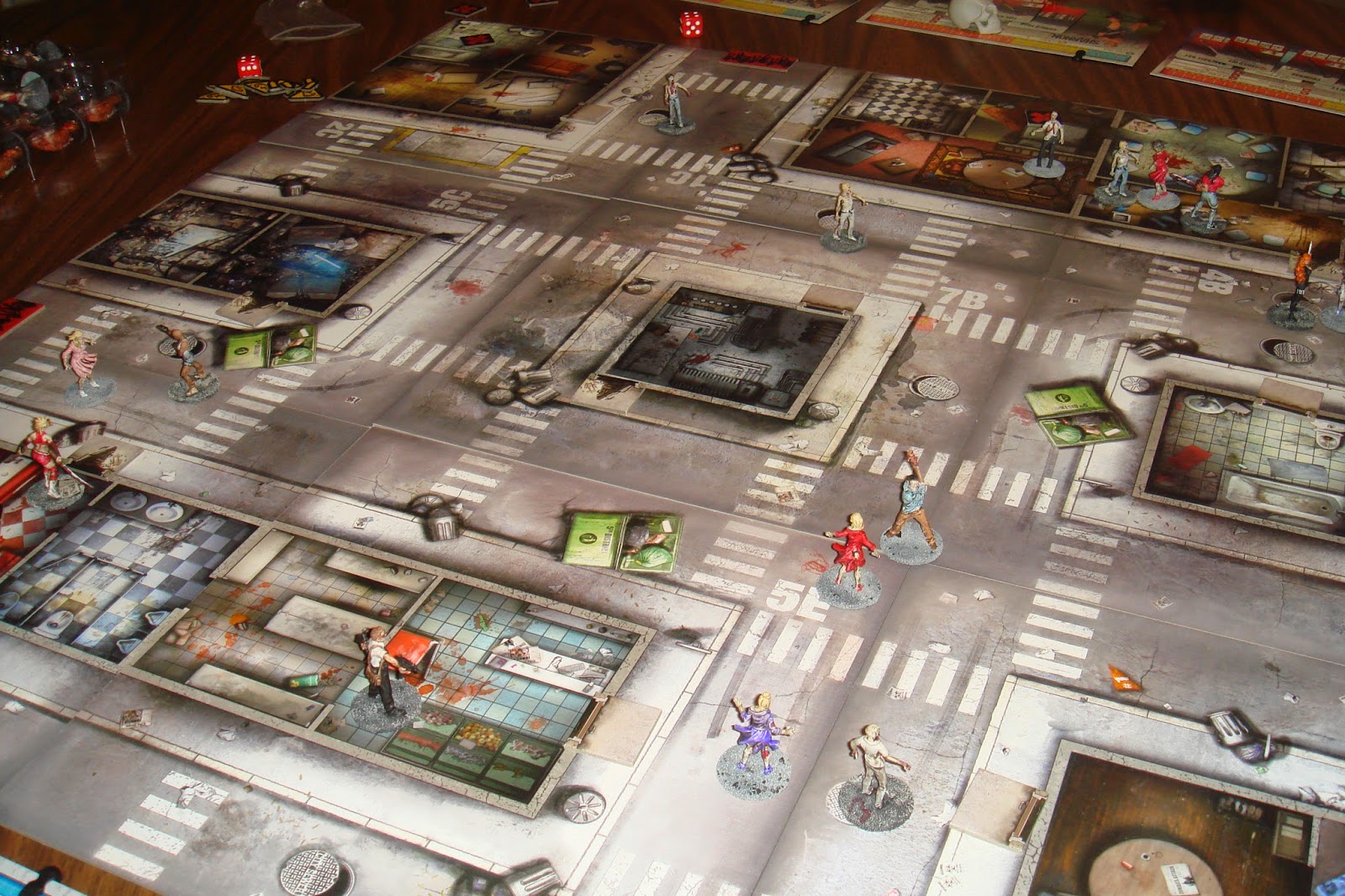 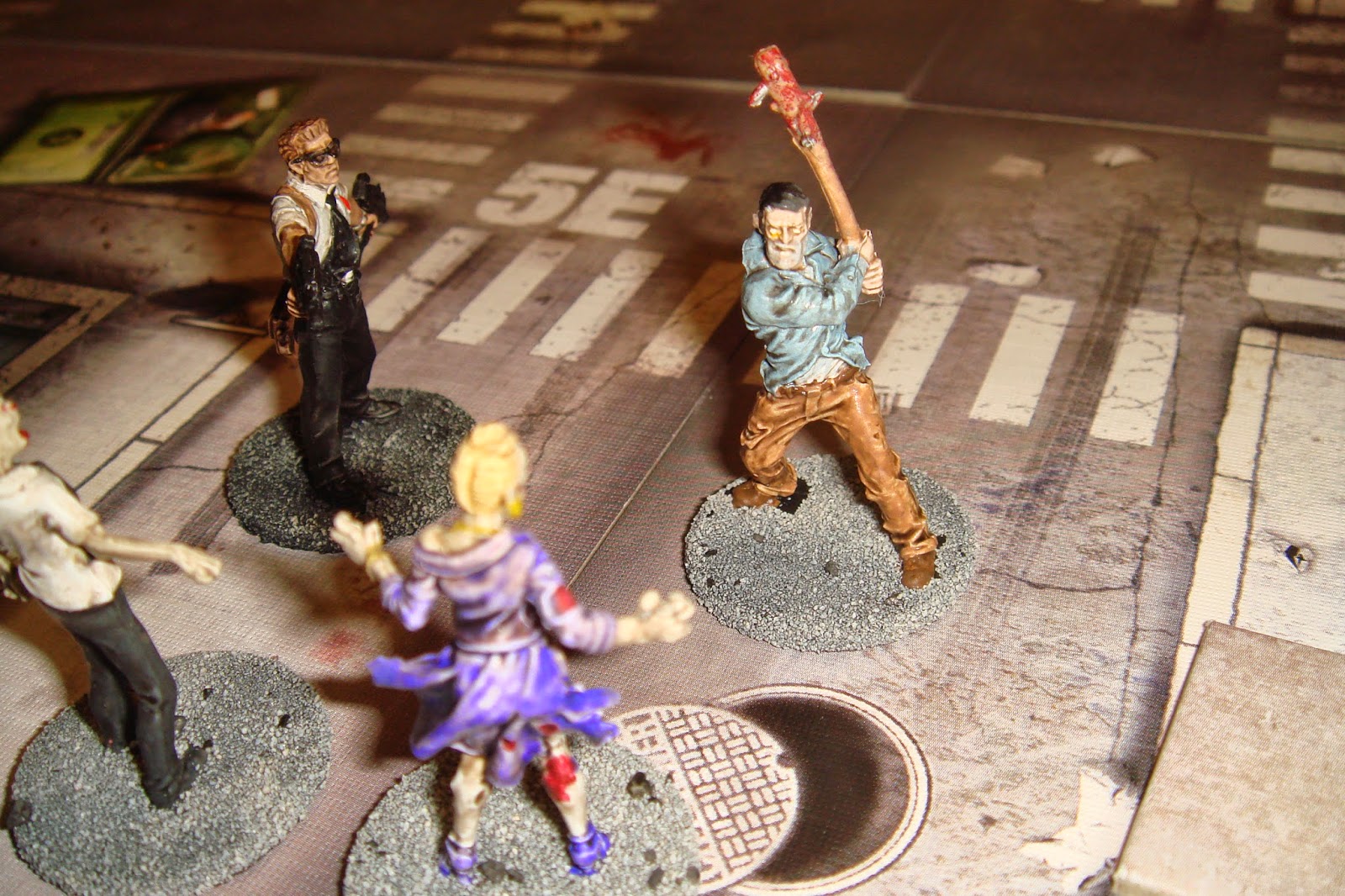 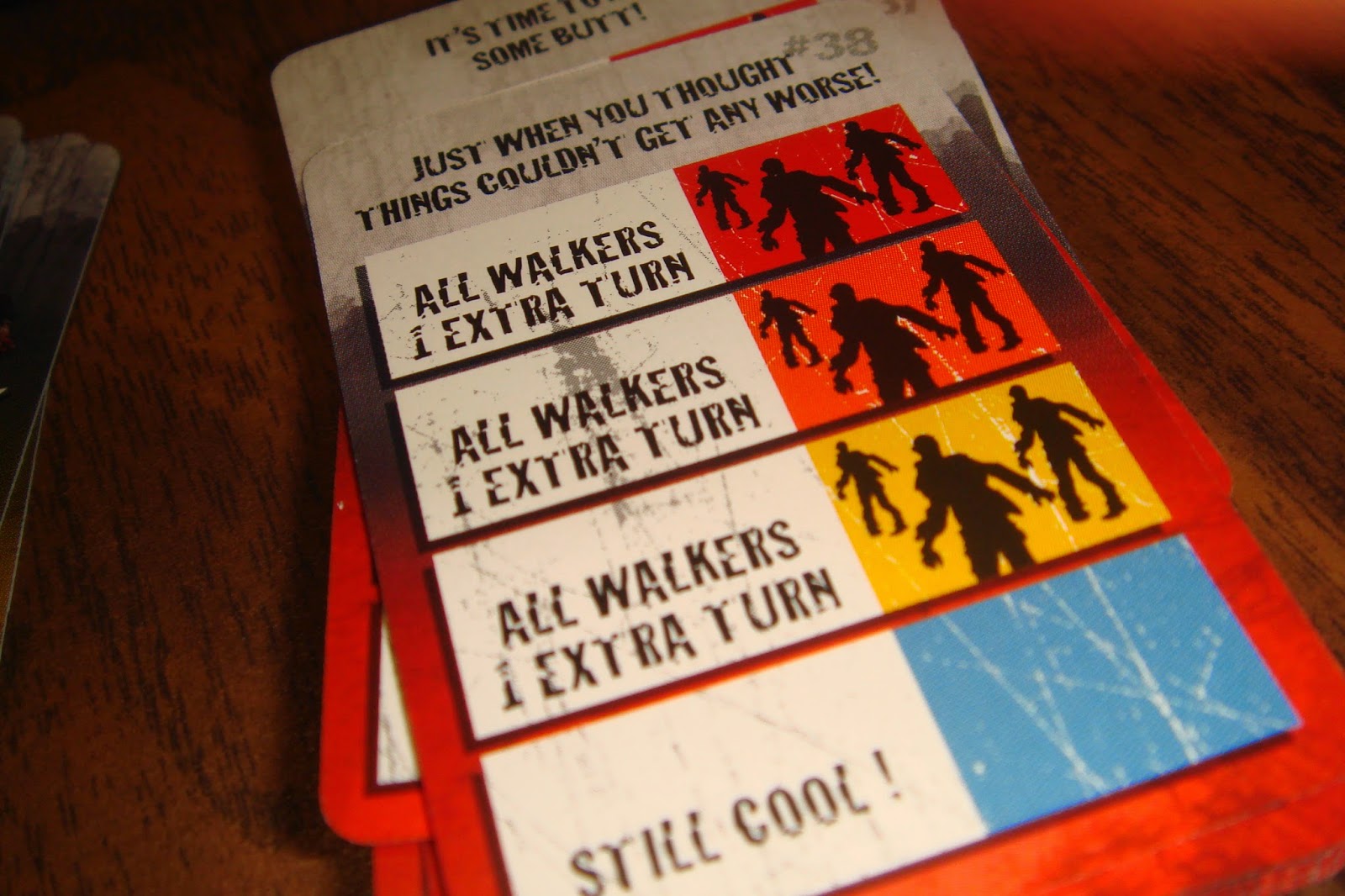 ....This happened. The zombies got an extra activation catching us off guard and killing 80 percent of the team in one shot. 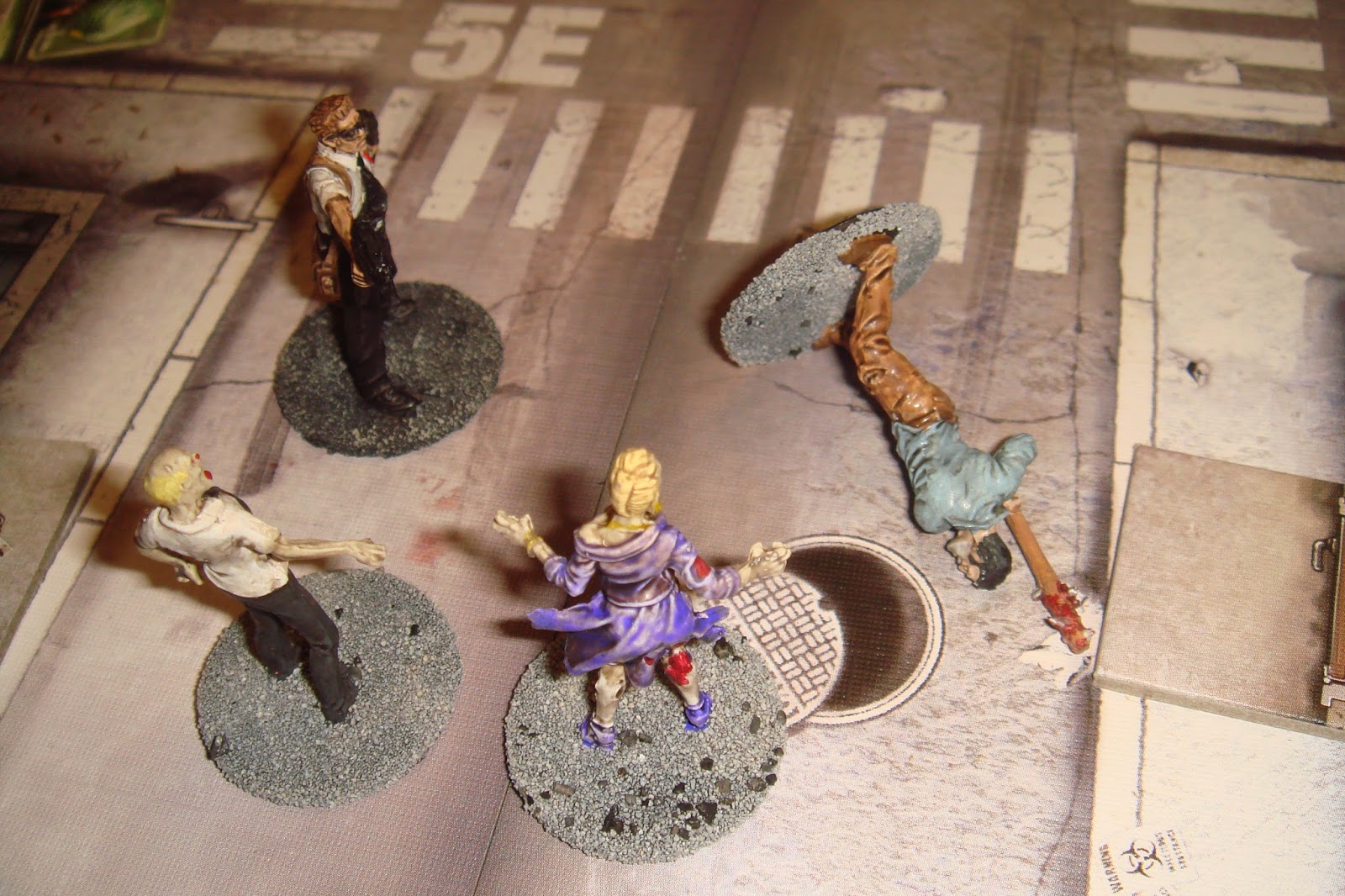 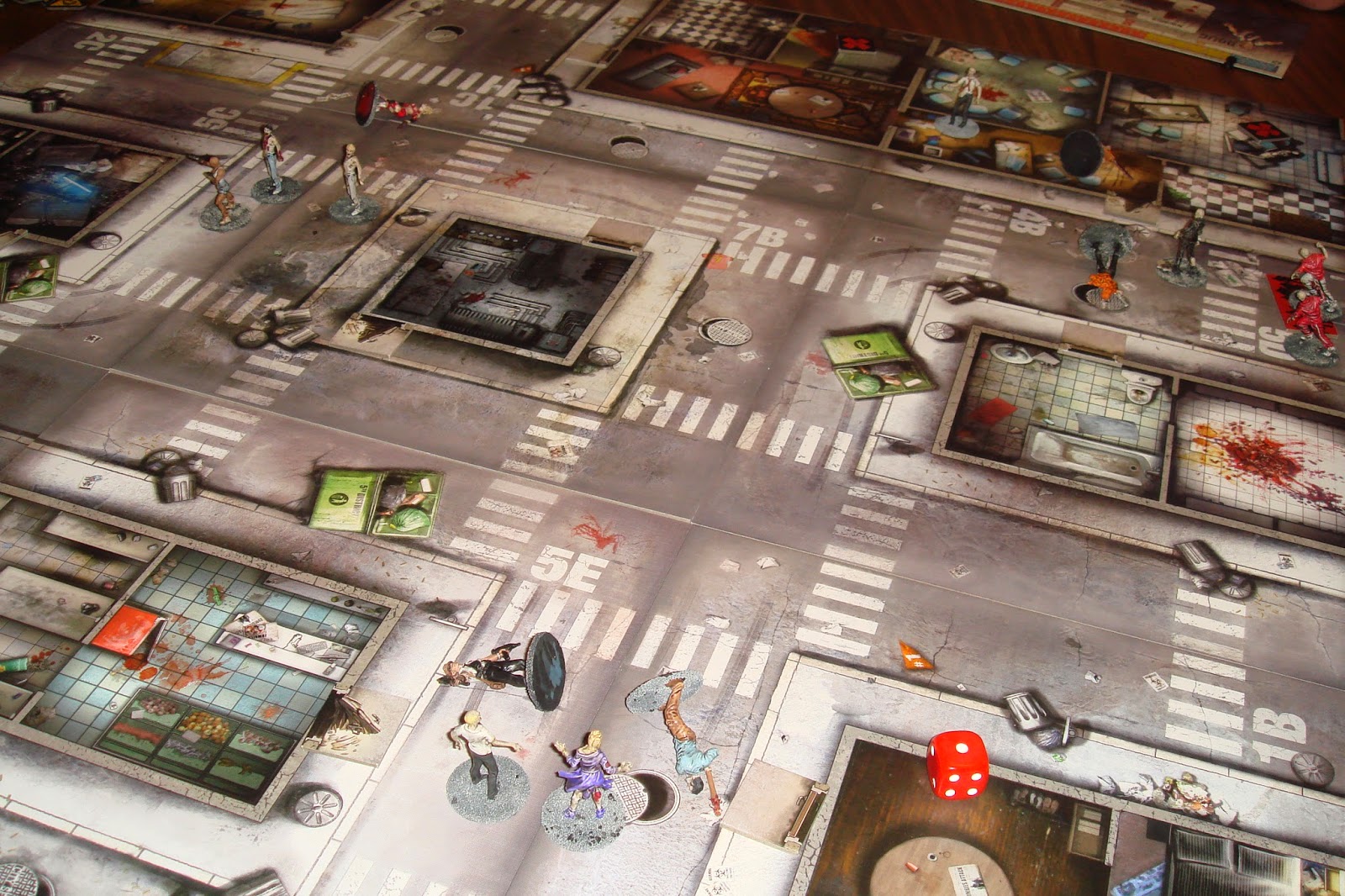 Literally, almost everyone dropped dead at once. Awesome. 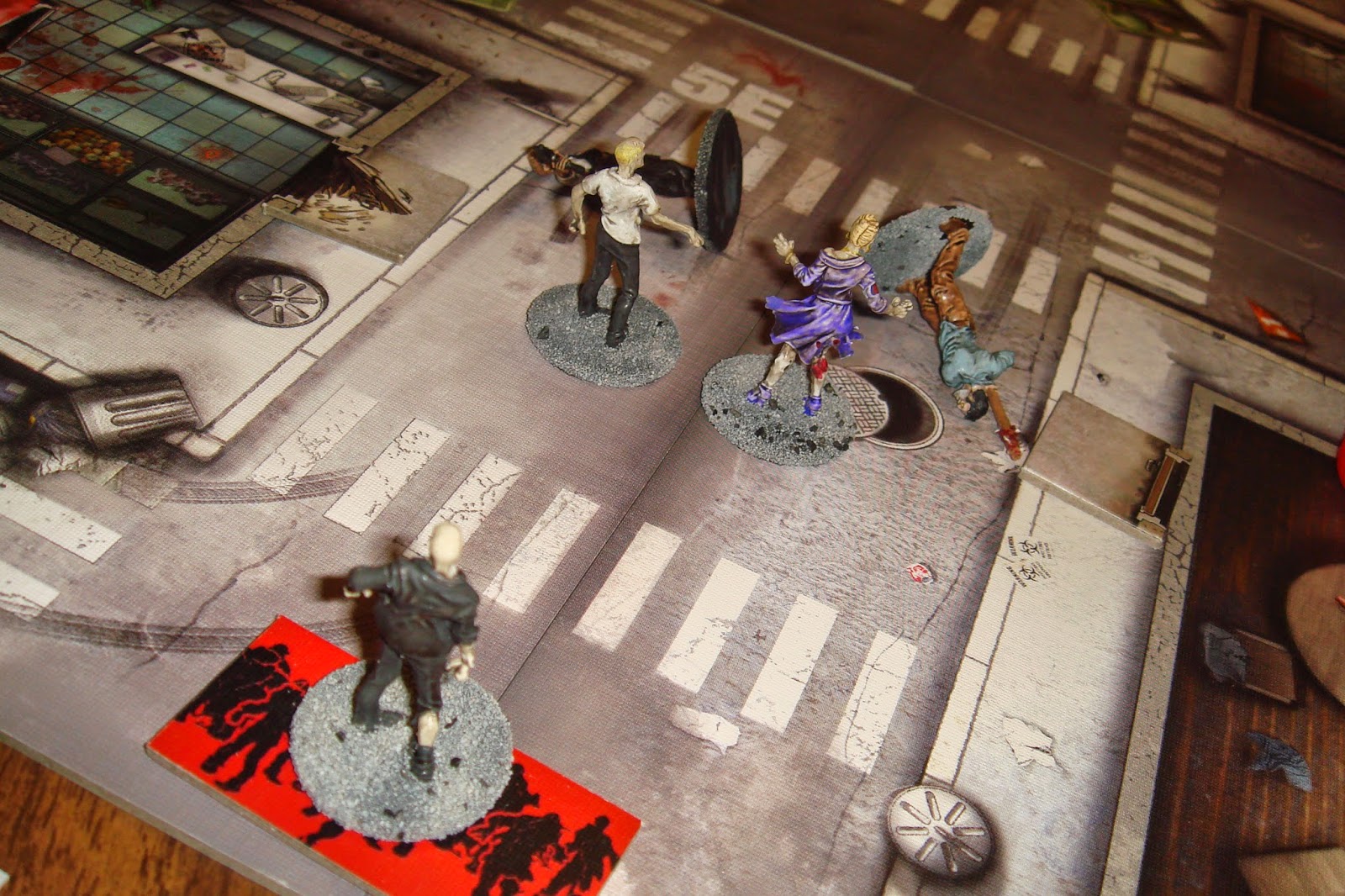 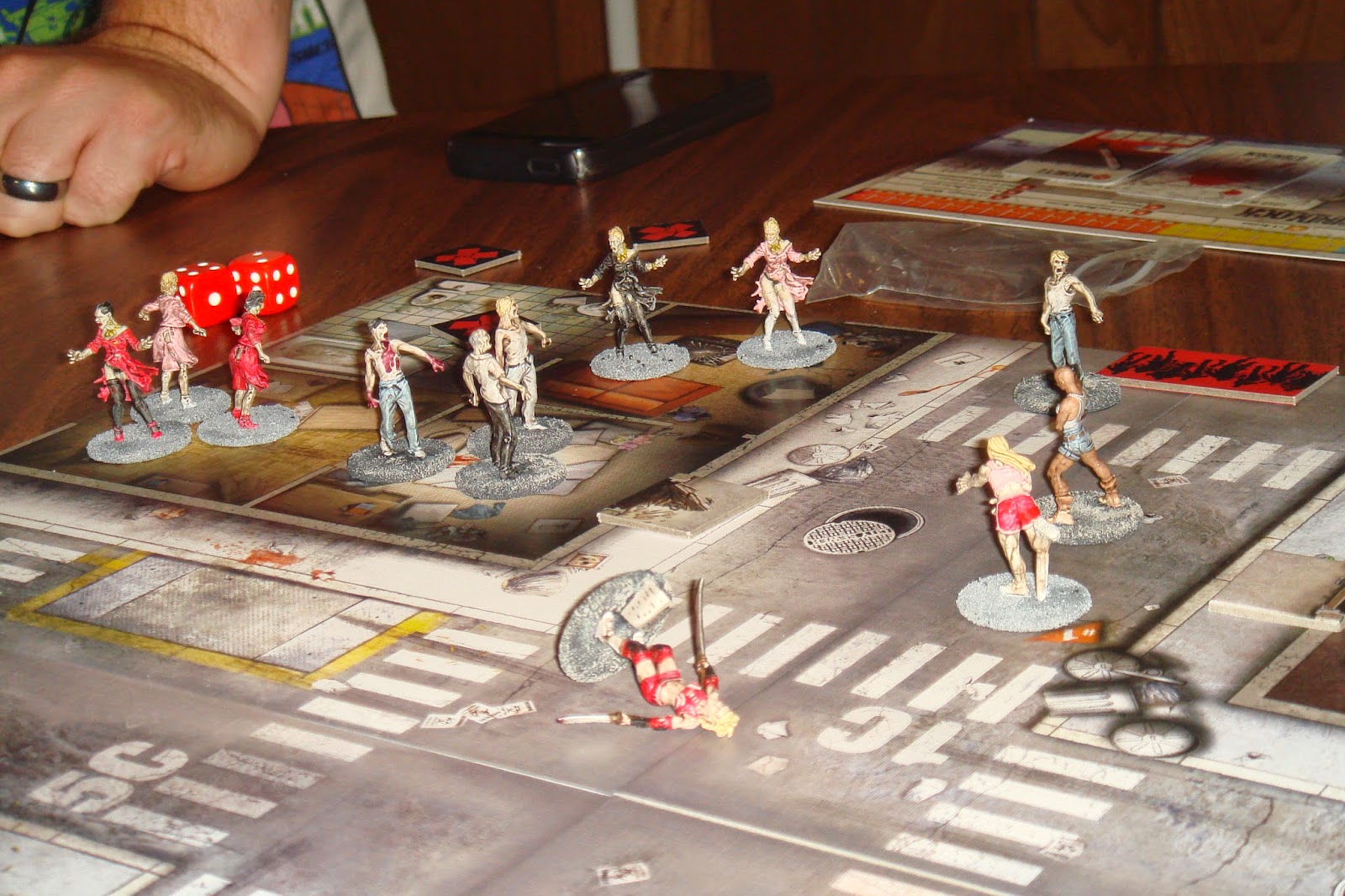 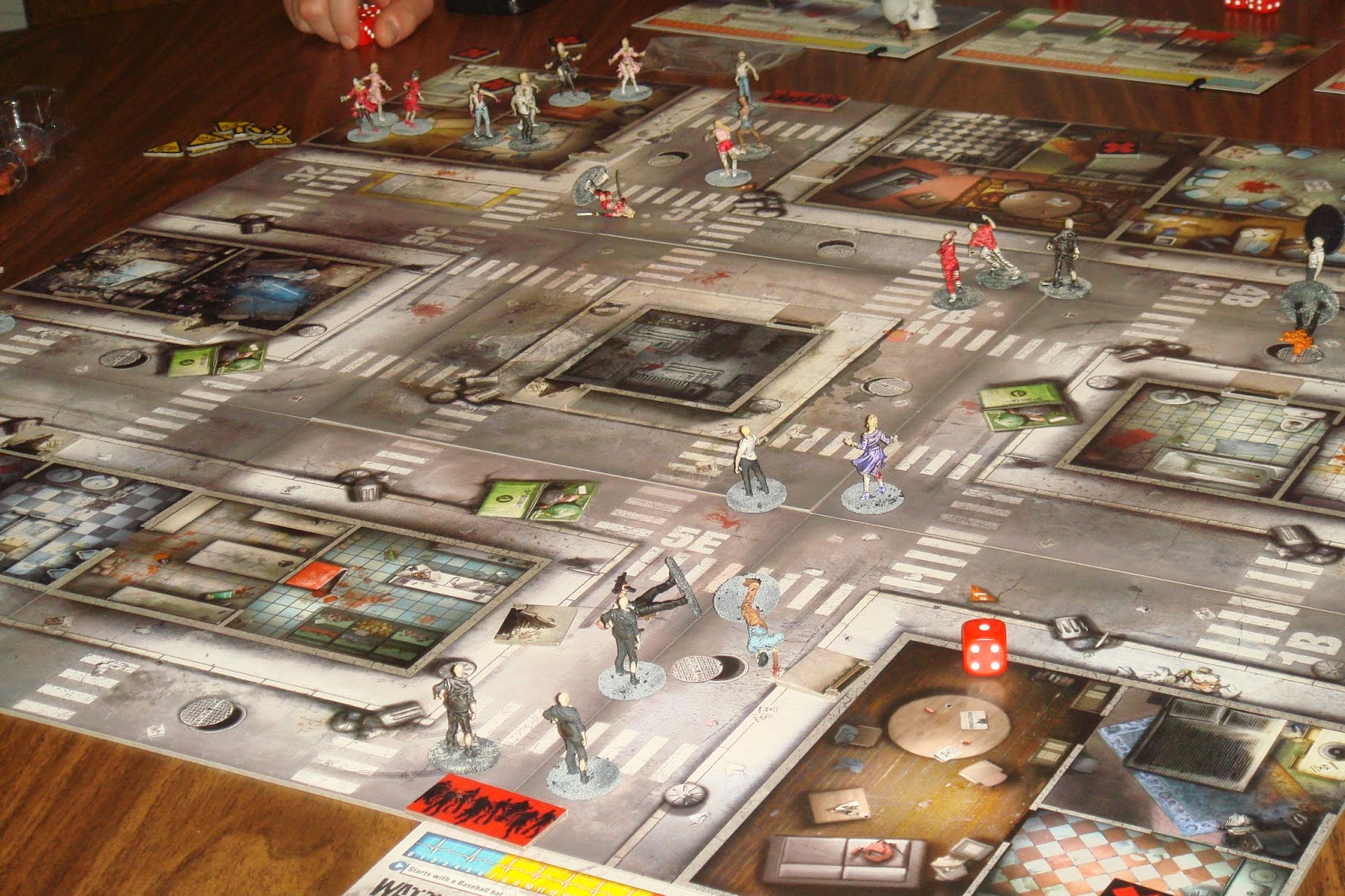 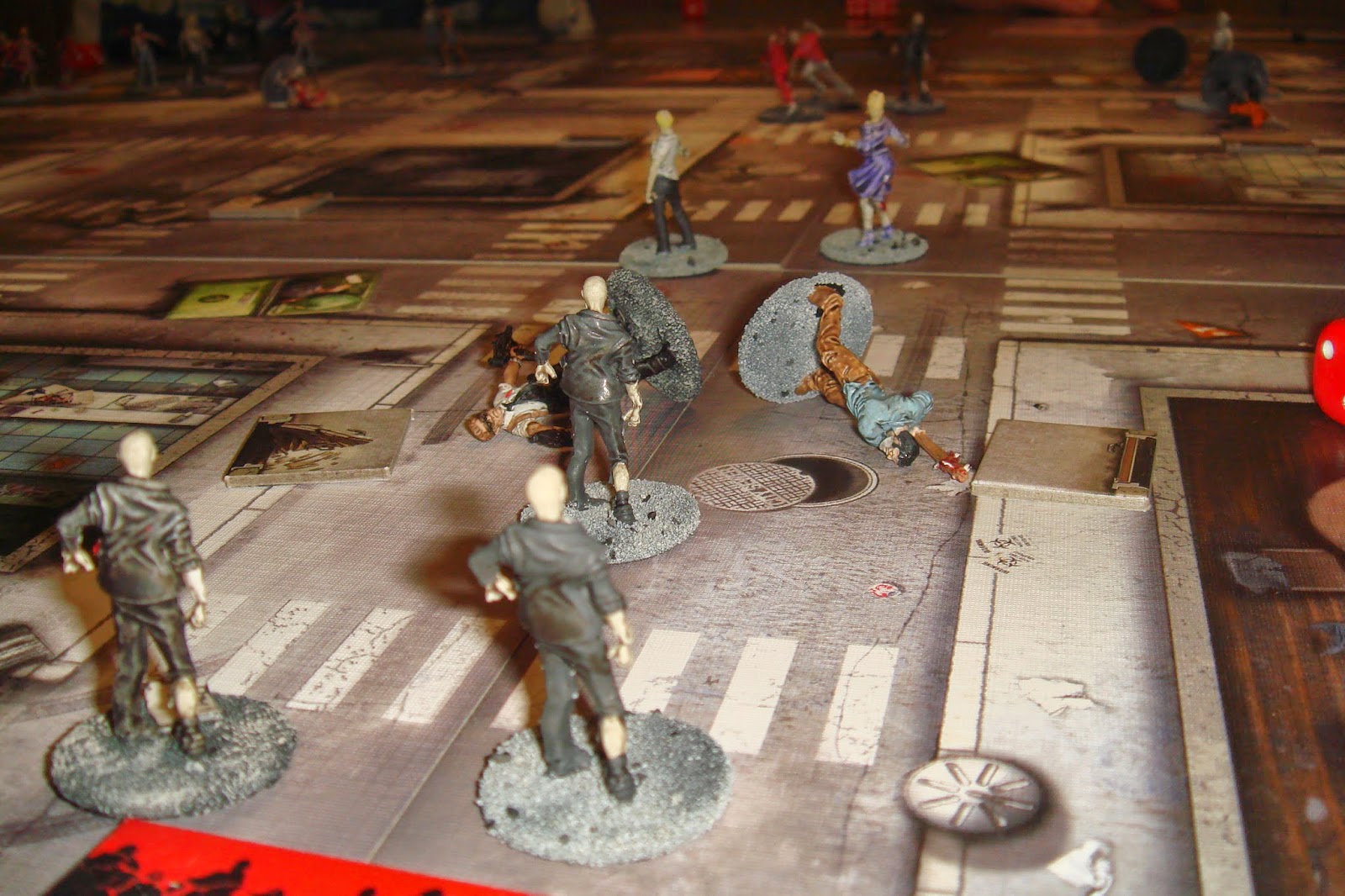 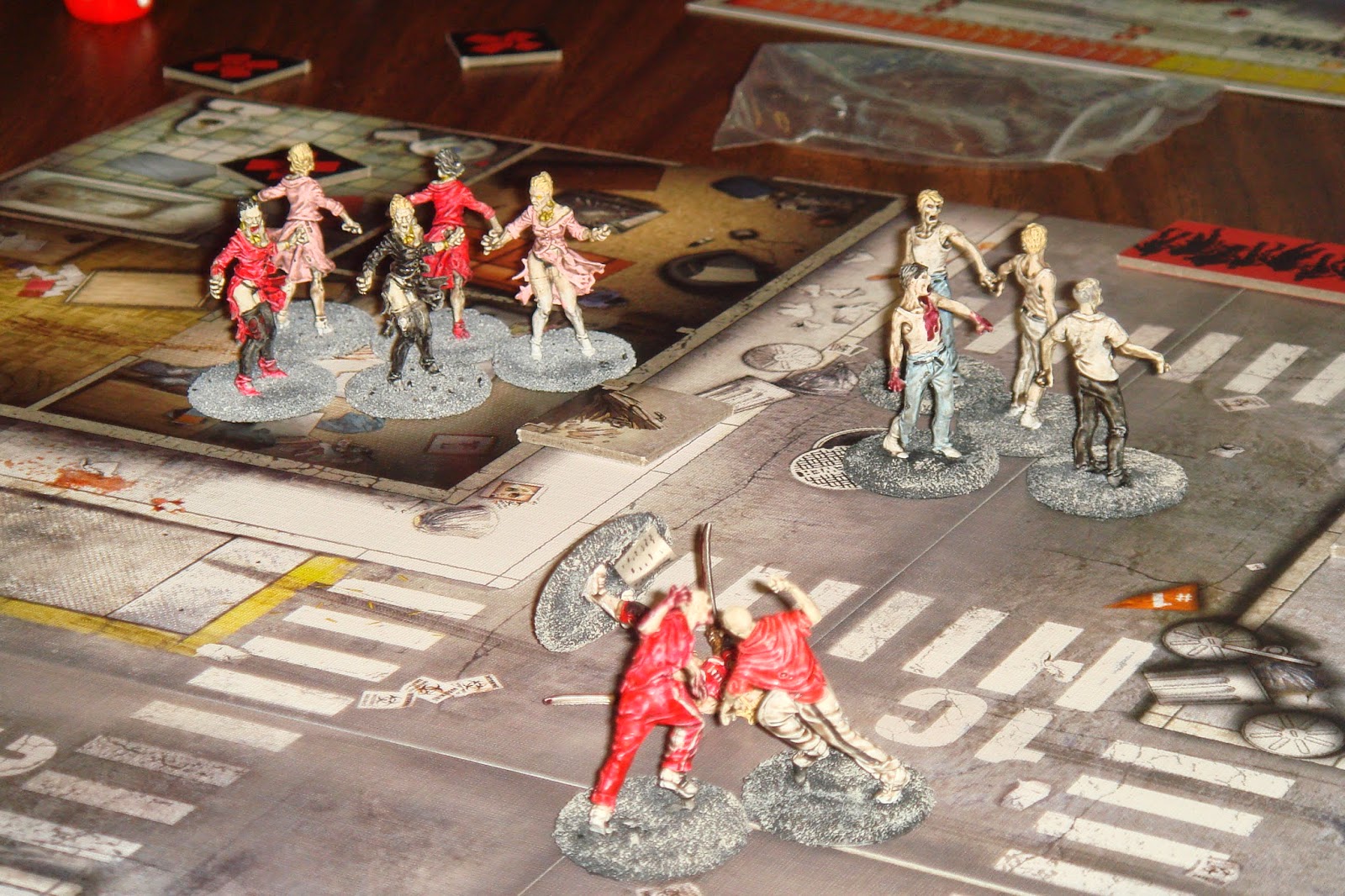 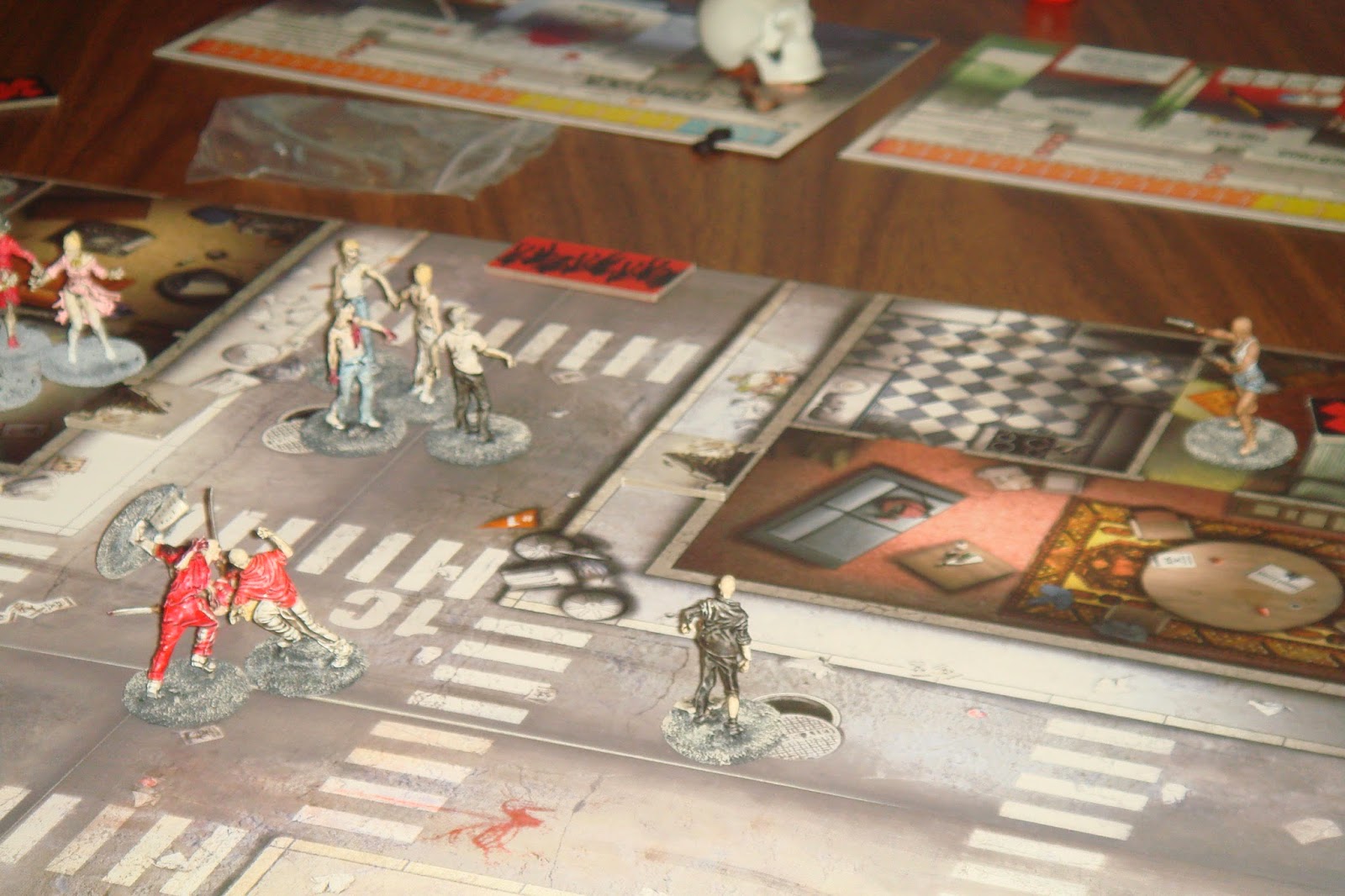 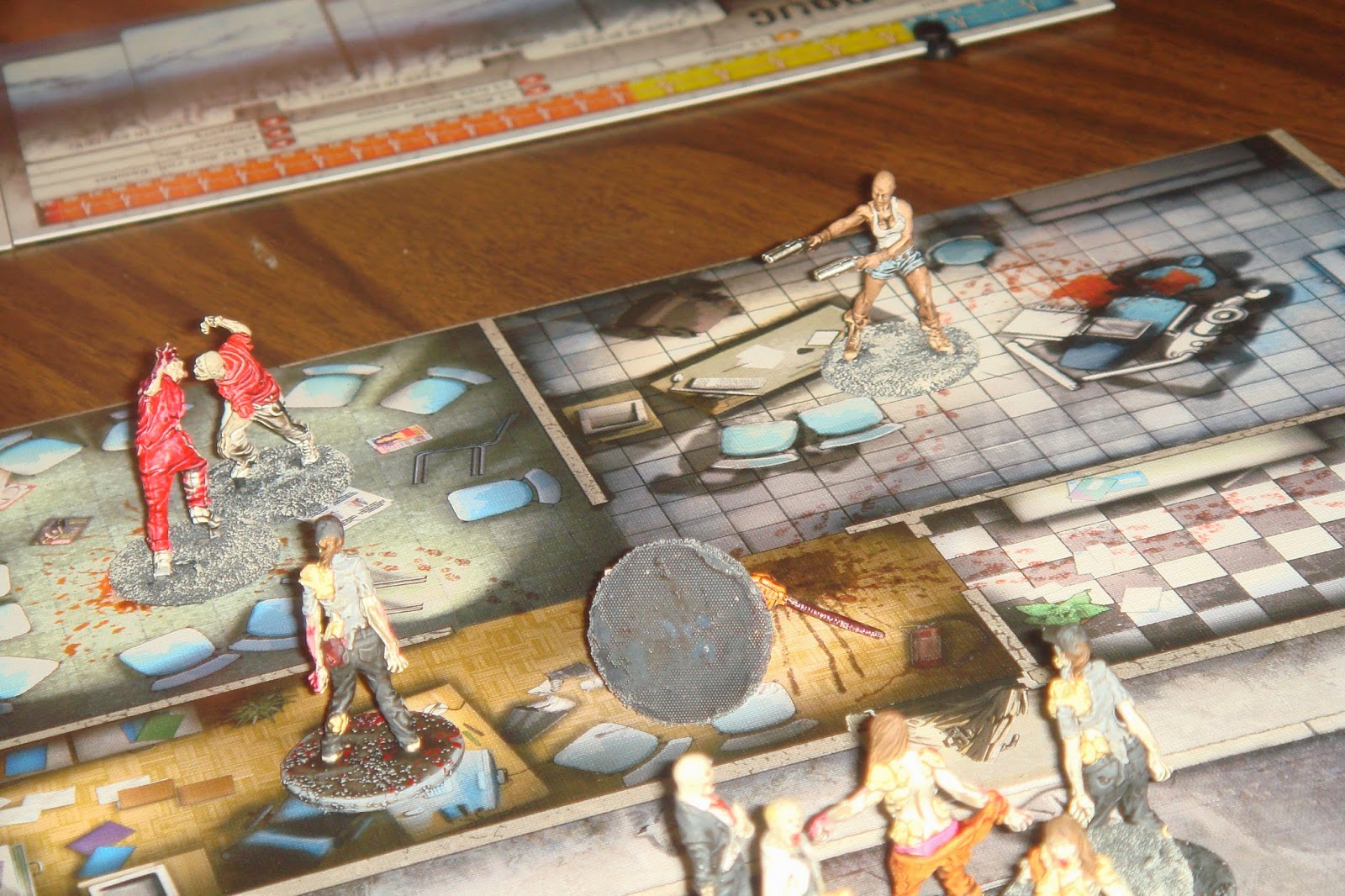 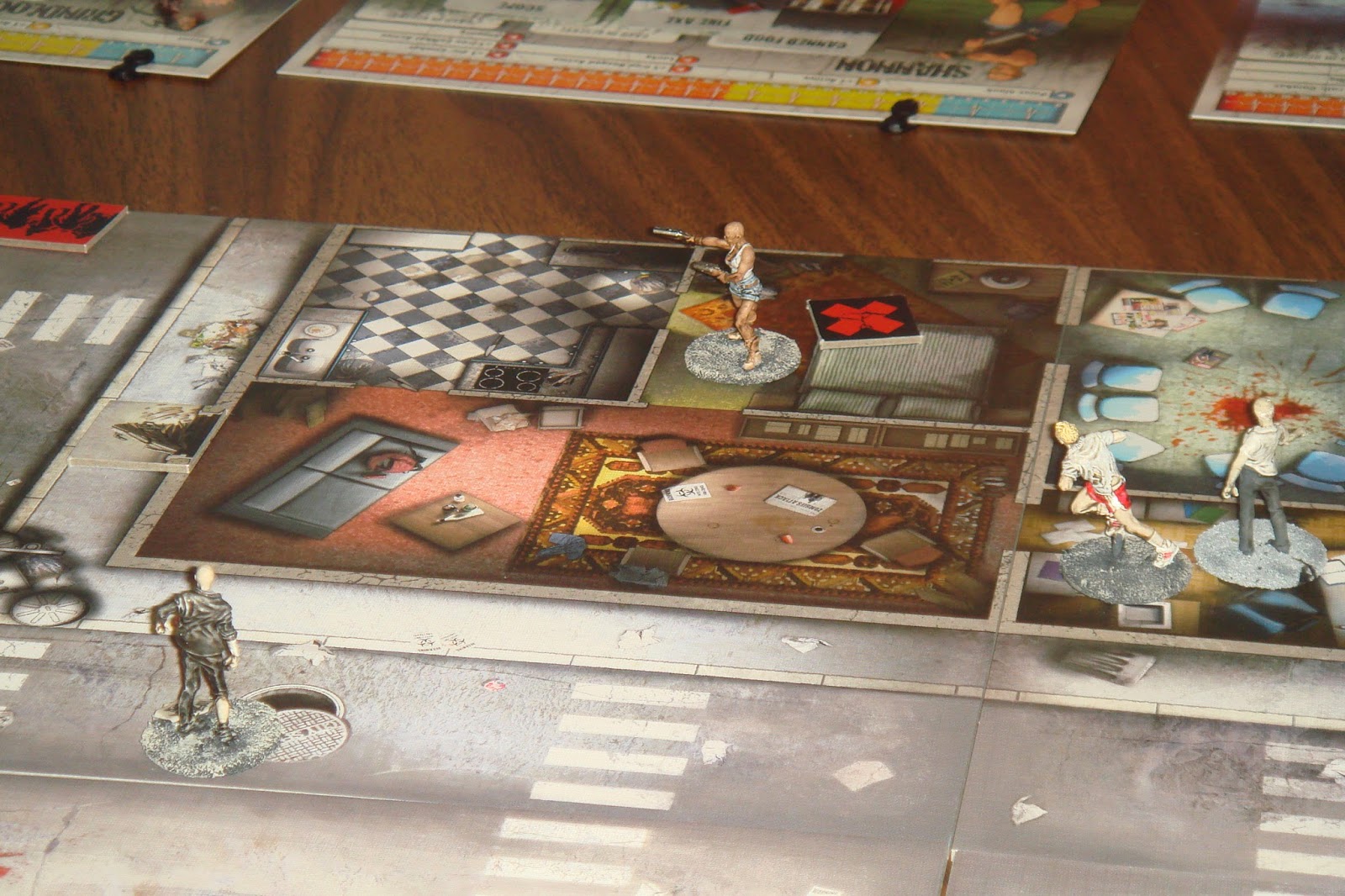 So ultimately the only survivor left was Elmer's Erykah Badu character.She squirreled around a building for a bit picking up another couple objectives but ultimately succumbed to the horde. 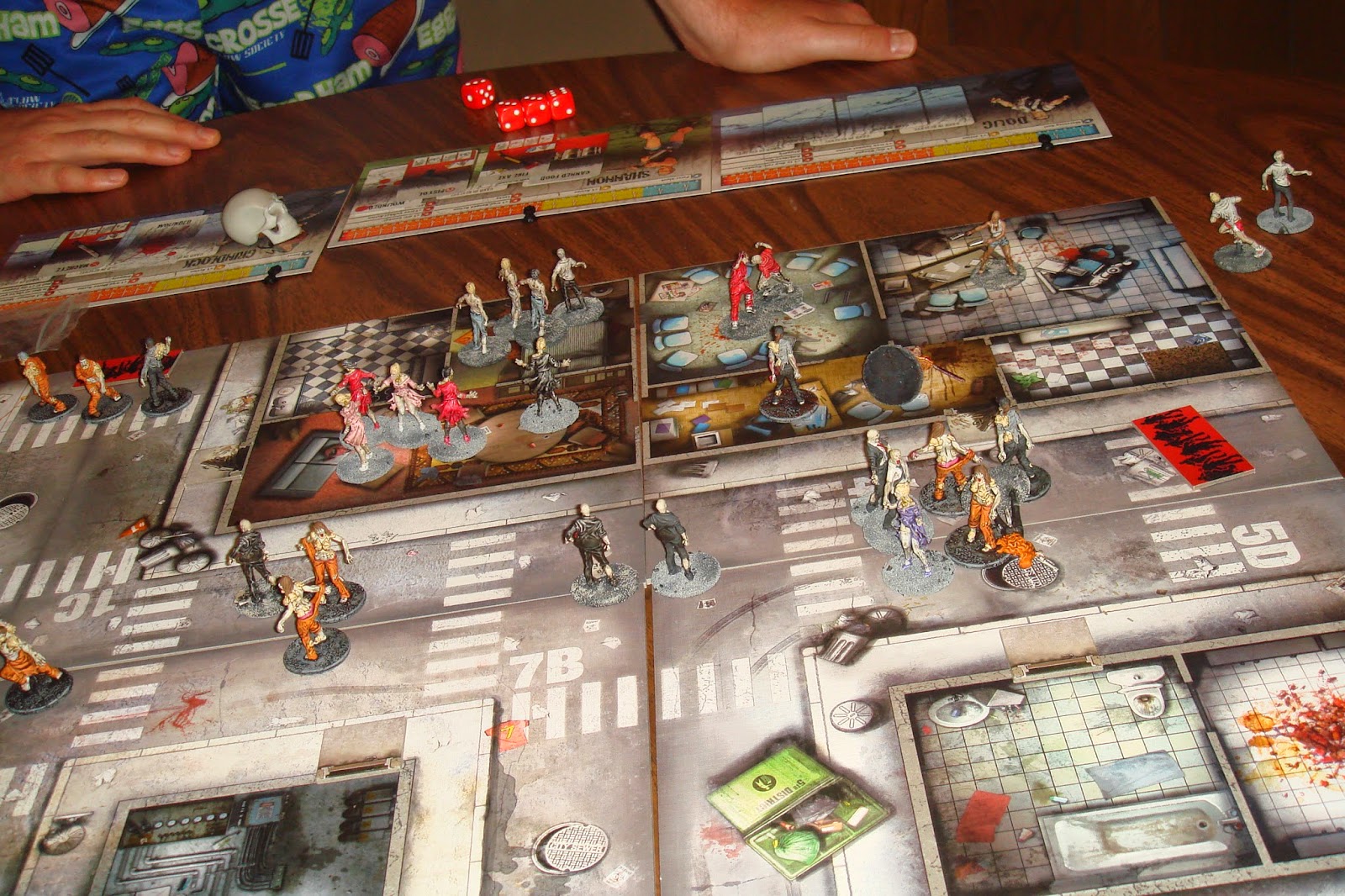 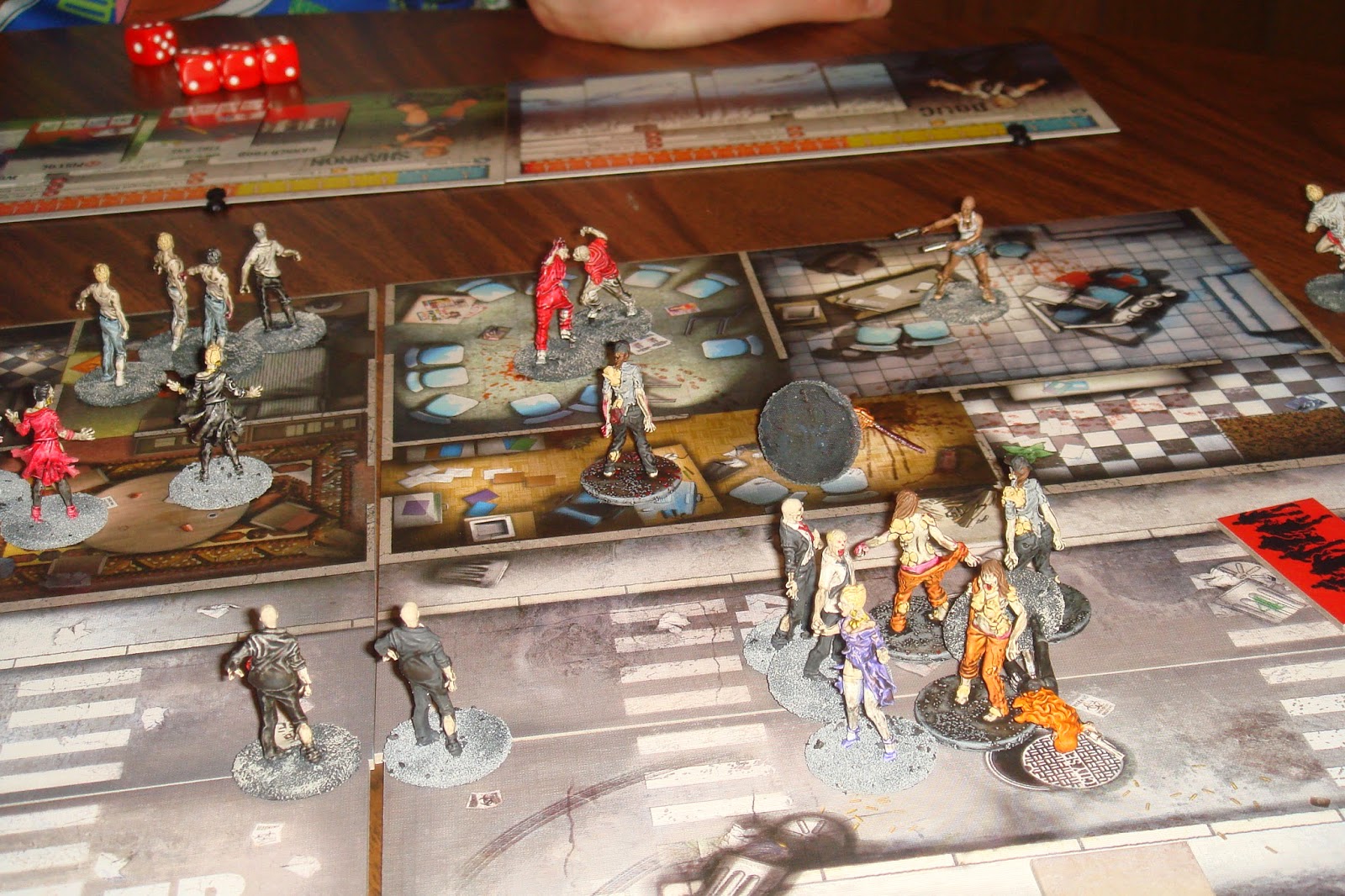 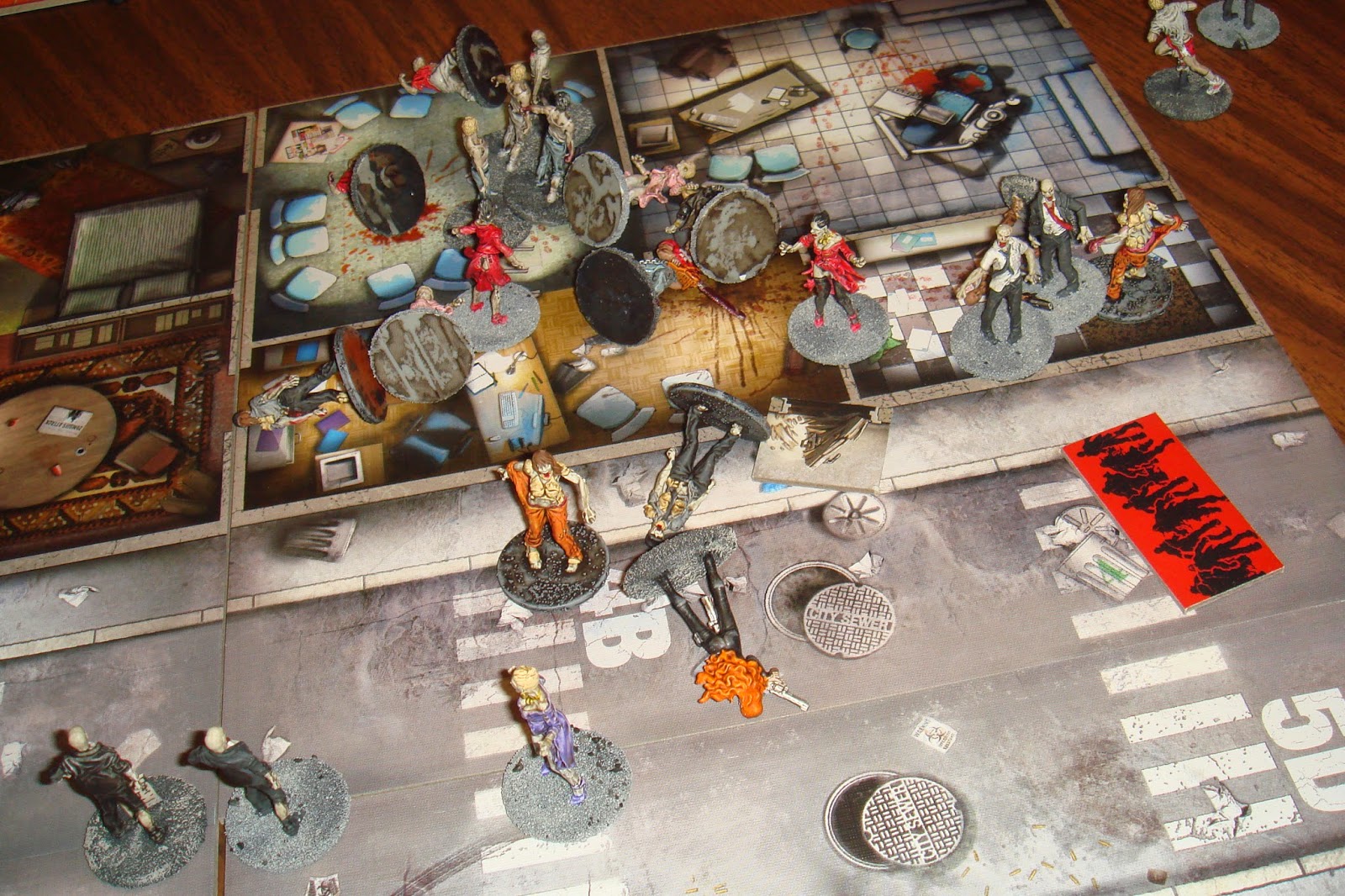 I had fun with this, I think Elmer did too. It's very tactical. It reminds me a little of the D&D Adventure system board games like Ashardalon. You have to really consider each move your making. It's easy to pick up though and it offers some depth. I love how the threat scales up too. It lulls you into a false sense of security and makes you feel overconfident. You don't realize your boned until it's too late. Thematically that's perfect. We both wanted to try this scenario again, but time didn't permit. I'm looking forward to playing this one with some more people. Still working on miniatures for it too. I also love the tiles, they are really nice looking for 2d terrain. They'd be great for roleplaying things like Gamma World or All Flesh Must Be Eaten.